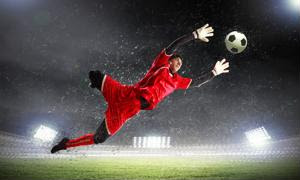 Despite widespread concern about the state of China's economy, Adidas recently revealed plans to significantly expand operations in the region over the next five years.

The South China Morning Post reported that, by 2020, the Germany-based sports apparel brand will increase the number of operating stores throughout China from 9,000 to 12,000. Contributing to this decision is the country's increasing interest in sports and fitness, as well as a shift in family dynamics.

Expanding presence in China
"In the next few years we would very much focus on the kids stores," said Adidas China Managing Director Colin Currie, according to the source. "With the relaxation of the one-child policy, more and more money and focus are being put on kids. We really believe this is going to be a tremendous growth segment for us."

The Wall Street Journal explained that a major area of focus in Adidas' strategy will be soccer, since the Chinese president has said he dreams that one day he will be able to see the country participating in the World Cup, and because the government has made the sport a requirement in schools.

Currie indicated that focusing on soccer will give the company an advantage, not only through fitness apparel but sports gear as well. Furthermore, women and children have both become integral parts of the athletic industry, which is why Adidas will create stores that cater to specific sports and groups, The Wall Street Journal added.

Sports apparel strategy
In the press release, Adidas Group CEO said that the company met all of its financial goals and surpassed its target projections. In addition, he added, the performance of the company last year demonstrates a "picture-perfect example of a successful comeback in sport."

The Wall Street Journal revealed that, according to data collected by Euromonitor International, as of right now, Nike is the sportswear brand with the greatest amount of market share in China, accounting for 17.5 percent of sales. However, Adidas comes in at a close second, with a share of 16 percent.