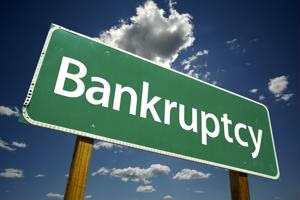 The rapid growth of the e-commerce market has presented retail companies across the globe with an array of challenges. Many organizations are quickly learning that using the traditional brick-and-mortar approach is not an effective strategy for enhancing omnichannel operations.

This week, Sports Authority Inc. confirmed it would be filing for Chapter 11 Bankruptcy in the United States Bankruptcy Court for the District of Delaware. The press release revealed that the majority of stores would stay open and continue business as normal, though the company plans to close about 140 of its 450 stores, as well as two distribution centers, over the next few months.

"We are taking this action so that we can continue to adapt our business to meet the changing dynamics in the retail industry," Sports Authority Chief Executive Officer Michael Foss stated. "We intend to use the Chapter 11 process to streamline and strengthen our business both operationally and financially so that we have the financial flexibility to continue to make necessary investments in our operations."

Transitioning from in-store to online merchandising
This decision was made in the hopes of adjusting the merchant's business model to better support the spike in online shopping, something many major retailers have struggled with. However, some argue that the possibility of Sports Authority shutting down has been a long time coming.

The Wall Street Journal reported that, according to court documents, the big-box chain is burdened with over $1 billion in financial liabilities, mainly comprising bank loans and trade debt, with $23 million owed to Under Armour Inc. and $48 million to Nike Inc.

In 2006, Sports Authority was involved in a leveraged buyout of $1.3 billion by Leonard Green & Partners L.P. But, as the news source pointed out, the company's market share was much different then. Over the past 10 years, for example, Dick's Sporting Goods Inc. has surpassed Sports Authority, doubling both its sales and operating stores.

Phil Wahba, in an article for Fortune, added "[t]he bankruptcy filing was largely expected since it missed a $20 million coupon payment on its debt in Jan. 2015, triggering a 30-day grace period to work out a deal with creditors." The source also explained that Sports Authority struggled to compete with other major retail businesses such as Target Corp., Wal-Mart, Athleta, Gap Inc. and Kohl's, all of which have increased fitness apparel offerings.

Rejuvenating the retail supply chain
Running in tandem with the Chapter 11 bankruptcy filing, Sports Authority will have access to as much as $595 million in debtor-in-possession financing from companies such as J.P. Morgan Chase & Co., TPG, Bank of America Corp. and Wells Fargo & Co., according to The Wall Street Journal. Terms of this agreement require the retailer to close a number of stores and find a buyer to invest in the business before the end of April. If it is unable to do this, there is a strong chance the sporting goods company will be forced to shut down.

However, Wahba suggested that filing for bankruptcy may actually provide a number of benefits for both the retailer and its stakeholders. For Dick's, it would mean less competition, more market share and the opportunity to open more stores. Sports Authority could have the advantage of "a clean balance sheet" to focus on improving the aesthetic appeal and quality of its stores and give brands like Nike and Under Armour better in-store displays.