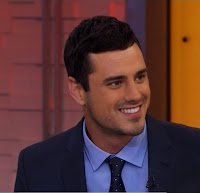 Alright, this post goes out to all those die-hard Bachelor fans out there. Admittedly, I was not a Bachelor/Bachelorette fan from the beginning; my addiction began during season ten with Andi Dorfman, and have been hooked ever since.
I won’t give away any spoilers, however we all know that only one lucky lady makes it to the end to receive such a romantic proposal that only reality TV could concoct.  While most of the couples end up breaking up before getting married, have you ever stopped to wonder what happens to all the other contestants on the show? If you are like me, you may be thinking well some of them never really had a “job” to go back to anyways so they might as well audition for the show, perhaps even find love. But are there any other motives as to why someone would put themselves through the torture and jealously just to “find” love?
The answer is that although some of these contestants might not get a $100,000 Neil Diamond engagement ring, they might be selected to endorse certain brands. Bachelor and Bachelorette contestants build a fan base during the show, and some brands are tapping into this opportunity to promote their brand. Former contestants have gone on to promote Campbell’s Soup, Kind Snacks, and Nordstrom. AdAge also notes that many of these former contestants typically partner with brands that are not yet household names. Michelle Money, “The Bachelor” season 15, “Bachelor Pad” season 2 and “Bachelor in Paradise” season 1 became a brand ambassador for FabFitFun, which is a company that ships a beauty box to subscribers every 3 months. Additionally, one of my favorite Bachelorettes, Kaitlyn Bristowe, has promoted IdealFit protein powder. These “celebrities” are using social media to post about these not so well-known brands and by just posting to their social media audience, they are expanding the brand and increasing the target audience for the brand. One of the former contestants, Desiree Siegfried, said that “I’m sure some (contestants) with larger followings make more with one post than someone’s monthly income.”


More and more companies are veering toward social media and it may be a good idea for some unknown or even well-known brands to partner with a former contestant from the Bachelor or Bachelorette and tap into their fan base. Whether you are a fan of the Bachelor/Bachelorette or not, the numbers are daunting: for Ben Higgins’ season premiere, 7.5 million viewers tuned in. Think, just by having them endorse your brand, you increase your consumer market, because some of these well- known contestants have between 495,000 to 1 million followers on social media. Still not convinced? Research states that sales will likely increase 4% (on average) after signing a celebrity, and will likely surge even more with a career triumph. So if a brand had partnered with Lauren B. from the beginning, they might have seen a boost in sales now that she “won” this season. Celebrities and social media go together like Ben Higgins and Lauren Bushnell, and to increase the span of your brand it may make sense to partner with a celebrity. Source One Management Services has experience in marketing and social media, with members of the marketing team certified by Podium in the ins-and-outs of social media for businesses. We know the marketing category and can help you partner with companies who understand the positive effects social media can have on your brand.
Marketing