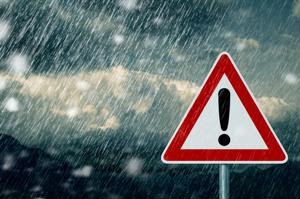 Risk mitigation planning has continued to become a primary focus for supply chain leaders. However, safeguarding operations against potential threats is becoming increasingly difficult, with no signs of it getting easier anytime soon.

The Load Star recently reported that research conducted by the British Standards Institute revealed that disruptions last year, attributed to everything from harsh weather conditions to criminal activity, cost global supply chains a total of $56 billion.

Non-economic disruptions threatening supply chains
The source added that some of the disturbances were due to cargo theft and, although FreightWatch International explained it is hard to get a definitive number of these crimes, BSI released a global intelligence report that said that $22.6 billion was lost internationally.

Furthermore, there has been an increase in trucking and vehicle robberies in regions within South Africa and China, with thieves now targeting both high- and low-value goods. The Load Star pointed out that criminals are becoming more sophisticated in their schemes. Although Europe has not suffered the same rising rates of theft as other regions across the globe, it has experienced trade disruptions from migration issues and terrorist attacks. Damages from natural disasters, such as floods throughout the United States and Indonesian forest fires, resulted in businesses losing $33 billion globally.

"Companies are facing an increasingly wide range of challenges to their supply chain, from human rights issues to acts of violent theft and natural disasters," BSI Global Intelligence Program Manager Jim Yarbrough said, according to the source. "Such complexity creates extreme levels of risk for organizations, both directly affecting the bottom line but perhaps more seriously, hidden threats to the supply chain which, if ignored, could do serious harm to a company's hard-earned reputation."

What is especially noteworthy about this trend is that the majority of recent disruptions were not attributed to economic shifts. Oana Aristide, a Dun & Bradstreet executive, explained to the source that although terrorist attacks and refugee crises may not cause direct damage to business operations, they impact consumer and investor relations.