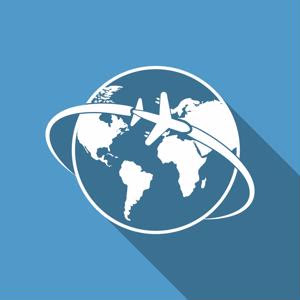 Amidst an increasingly competitive market and growing consumer expectations, retail giants are scrambling to quickly find solutions for making faster, cheaper deliveries. And, as an industry leader, Amazon's latest strategy may indicate an increasing number of supply chain executives are shifting their attention away from ground couriers to focus more on air freight.

The source indicated that this leasing agreement, which is contracted for at least five years, will help Amazon reduce shipping and merchandising costs and is just one of the measures taken by the online retail company to move away from working with other big-name carriers, including FedEx Corp. and United Parcel Service Inc. Other efforts include establishing a larger network of ground transporters and increasing its warehousing presence in urban areas.

ATSG expands distribution of e-commerce leader
Many of these logistics improvements have already been noticed by some, The Wall Street Journal added. For example, Amazon has started using its own trucks and vehicles to get packages in the hands of customers, with orders being delivered by uniformed parcel carriers.

Stephens Inc. Analyst Jack Atkins told The Wall Street Journal that, by using Boeing Co. 767 planes to ship approximately 15 percent of its yearly deliveries, Amazon will be able to exercise more control and flexibility in both operation expansion and partner negotiations. Another advantage the deal with ATSG provides for the online business is improvement for its Prime membership offering, currently comprising an estimated 40 million to 60 million consumers across the globe.

In the ATSG press release, the air freight company said it will be responsible for operating the 20 jets, as well as gateway and logistics operations. Also, Amazon Senior Vice President of Worldwide Operations and Customer Service Dave Clark stated that the e-commerce giant is "excited" about the deal and that adding the fleet of planes to its delivery network will "ensure air cargo capacity to support one and two-day delivery for customers."

Increasing carrier capacity to reduce shipping costs
Eventually, other businesses may be able to purchase transportation services from the retailer. But it will take a long time before the online retailer is able to get to the level of major competitors in the market, such as UPS. And while this may be a strategic goal for the company to gravitate toward, for now, it seems the focus is on reducing shipping costs. The Wall Street Journal explained that, in the fourth quarter of 2015, these expenses accounted for 12.5 percent of Amazon's total sales. Furthermore, it had to shell out a whopping $4.17 billion for freight services, a 37 percent jump from the same period the previous year.

According to the news source, Amazon Chief Financial Officer Brian Olsavsky said that carrier partners such as FedEx and UPS "are just no longer able to handle all of [its] capacity that [is needed] at peak" and that the company "had to add some resources on [its] own."

It's difficult to ignore the obvious tension that these steps are likely to create between Amazon and its shipping service providers. However, the news source said that both FedEx and UPS have previously expressed that the online retailer is a valuable customer and FedEx recently admitted that this move did not come as much of a shock.