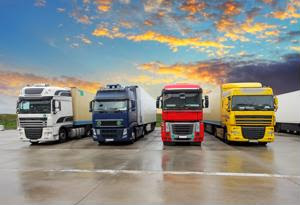 The transportation industry is experiencing a number of shifts that will likely influence the way company leaders approach future operations. And some of the biggest changes are being felt throughout the freight trucking market.

American Shipper recently reported that the Department of Transportation expects to see a 40 percent increase in United States freight tonnage by 2045. Trucks are the most commonly used method for moving freight and, while the volume transported by these heavy-duty vehicles is on the rise, businesses aren't ready to purchase additional fleet just yet.

ACT Research found that, last month, trucking companies held off on ordering new vehicles due to economic uncertainty and instability, The Wall Street Journal reported. And while consumer spending is increasing and the global economy is strengthening, the source explained that the demand for freight has slowed over the past few months. The number of placed orders for Class 8 trucks dropped to 17,900 in February, indicating a 43 percent drop from the year before.

Truck operator turnovers
But another aspect of the industry that could influence how trucking companies develop their strategies for future operations has to do with the drivers. This week, employment opportunities among trucking companies have generally increased between January and February. And, although the country's unemployment rate has continued to decline, the transportation employee market is becoming increasingly competitive.

JOC also noted that it is difficult for trucking organizations to maintain payroll for drivers when the economic conditions are not strong. This is why it is likely that more companies will focus their efforts on developing a "selective pay strategy" meant to reward drivers with certain skills and experience.

To reduce turnover rates and maintain profits in the current economical climate, truckload companies are going to have to enhance cost reduction strategies. There are a number of ways that this can be done, some of which have already been demonstrated by well-known organizations.

For example, The Economist recently pointed out that some industry giants such as FedEx and consolidate through acquisitions, since "low fuel prices, cheap finance and recovering rich-world economies have given larger companies the means and the motive to buy rivals."

Mobile apps designed for drivers
However, the source also added that an emerging trend likely to gain popularity is the lesser-explored area of freelance truck drivers replacing freight brokers. An array of startup companies are beginning to make their way onto the scene with the hopes of improving the transparency, affordability and efficiency of trucking operations. These businesses offer mobile applications "that match shippers' loads with available trucks and truckers."

Using this type of platform benefits drivers because it provides them with access to more jobs, more quickly and allows them to get paid faster than they otherwise would be when working with a brokerage firm.

The use of haulage apps has not yet been heavily adopted by large logistics leaders which, The Economist revealed, is okay for now. One industry executive explained added that implementing the use of this technology would require firms to reconfigure their existing systems and that these kind of "retrofit solutions rarely outperform something built from the ground up."

The Economist pointed out that the development of driverless carriers, as well as more big-name businesses such as Amazon and