Home IT Why strategic sourcing is necessary for corporate IT departments

Why strategic sourcing is necessary for corporate IT departments 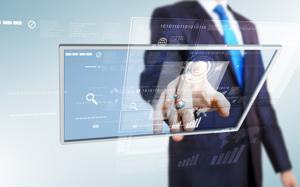 Between cloud services and outsourced database administration support, public organizations and private enterprises have more than enough options to choose from.

Large entities with departments spread across the globe are at risk of suffering from redundancies. For example, a North American shoe retailer with 2,000 locations may leave it to branch managers to procure customer relationship management software.

Not only does the merchant fail to benefit from bundle deals characteristic of large software procurement deals, its IT budget is likely losing millions of dollars it could use to upgrade legacy hardware or hire more knowledgeable cybersecurity professionals.

That's where strategic sourcing comes into play. This tactic centralizes technology acquisition, allowing professionals working at headquarters to assess the needs of their subordinates and find the best software or hardware solution for the entire company as opposed to a disparate set of departments.

How much is wasteful?

Before scrutinizing the spending habits of enterprises with pressing IT concerns, it's important to look at an example of how much capital can be lost due to inefficient procurement practices. Fierce Government contributor Ryan McDermott noted a report conducted by the Environmental Protection Agency's inspector general, which discovered the EPA could save anywhere between $30 million to $60 million a year by fully centralizing its procurement process.

The report, which was instigated by a memo sent by the Office of Management and Budget, said spend analysis endeavors need to be conducted more frequently, allowing the EPA to free up much-needed capital for IT.

"The agency has been slow in implementing strategic sourcing due to a lack of commitment in the initial stages of the initiative and by proceeding cautiously as experience was gained," stated the report, as quoted by McDermott.

How much do businesses plan on spending?

Gartner recently conducted a study on global IT spending, showing the consumption of organizations of every ilk will reach $3.8 trillion this year - a 3.2 percent increase from 2013. The research firm's Managing Vice President Richard Gordon noted that enterprises view IT assets as the tools with which they can expand their businesses. In regard to organizations, Gartner made the following discoveries:

A particular facet of IT that has garnered an incredible amount of attention is big data. Manufacturing, retail, health care and a collection of other industries can make use of technologies designed to help businesses better collect complex information sets, as well as store and analyze such data.

The problem is, sourcing specialists who know little about big data and how it can be used often regard it as an unbelievable phenomenon only the most expensive, complex architectures can handle. However, before investing in a multi-million dollar software solution that's going to require staff training and possibly expensive implementation costs, CIOs should strongly consider the benefits of open source technology.

Open source is a name assigned to software for which the original developers released the source code to the public, meaning it's available for government and private organizations alike to use free of charge. Hadoop, an open source architecture designed specifically for handling big data, has been favored by companies headquartered in different parts of the world.

The only expense associated with utilizing Hadoop is that the software requires specific data center configurations and programmers with a thorough knowledge of the infrastructure.

As one can see, centralizing procurement to identify any hidden or redundant costs is important, especially in regard to such a resource-heavy industry as IT.