Home IT What does Google need to make Project Loon a reality?

What does Google need to make Project Loon a reality?

Strategic Sourceror on Thursday, September 18, 2014 IT, 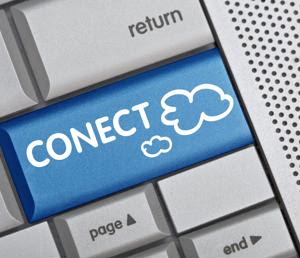 For those who haven't heard, Google is hoping to provide Internet access to the estimated 5 billion people who have yet to become connected.

Although "Project Loon" is quite ambitious, one can't ignore the materials Google will need to acquire to make this a reality. This isn't even the greatest challenge - getting Internet providers on board with the endeavor is another significant issue.

At first glance, a spend analysis may deter enterprises away from investing entirely, but further scrutiny shows Google isn't setting a tall order.

What it is, how it works

According to a video posted on Project Loon's YouTube channel, the aim is to launch multiple polyethylene-based, solar- and battery-powered balloons 20 kilometers into the sky. Each balloon is equipped with antennas, which allow them to network with each other consistently. The implementations float about 10km above air traffic, meaning they won't be disrupted by weather or airplanes.

The balloons move by catching wind in the stratosphere, allowing Google to keep them up in the air and optimize connectivity by grouping several together. Buildings and houses possessing specialized antennas communicate with signals distributed by the balloons, which are connected to ground stations owned and operated by Internet providers.

What materials are needed?

Google's YouTube video didn't divulge how many balloons the tech titan would ideally like to place in the earth's stratosphere, but it will likely need hundreds of thousands of these mechanisms at least. This means the company will have to establish supplier relationships with producers of the following materials:

In order to reduce the cost associated with procuring these assets, Google will have to reassess its negotiation strategies at the RFP process.

Surprisingly enough, some telecommunications providers aren't always thrilled at the prospect of ubiquitous Internet connectivity. Forbes contributor Erika Morphy noted one instance in which Tennessee State Senator Janice Bowling fought to bring high-speed Internet to the city of Tullahoma. Apparently AT&T, Charter and Comcast attempted to convince state leaders to divert Bowling's bill to a "summer study," which would effectively put an end to  the proposed initiative.

Although cable providers have quite a bit of leverage in high places, Google isn't helpless in this regard. By establishing strategic partnerships with key corporations from around the world, it will be able to fend off attempts to derail Project Loon.