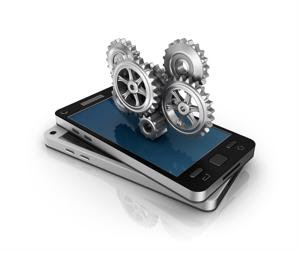 For professionals in supplier relationship management, the idea of sourcing consumer electronics from the U.S. or Canada appears impractical, even laughable.

While the North American economy is on the road to recovery, business leaders are trying to find ways to expedite the process in whatever way they can. However, a combination of public policies and a lack of skilled labor are making it difficult for progressive actors to procure consumer electronics from domestic factories.

Phil Baker, a contributor to The Daily Transcript, noted his first visit to the Chinese city of Shenzhen as being one of apprehension: Homeless people scoured the streets, the metropolis' infrastructure was poor and taxi drivers could barely see what was in front of them.

Upon visiting Shenzhen not too long ago, Baker arrived in a contemporary city comparable to Hong Kong or Shanghai. Shenzhen is now regarded as the world's premier consumer electronics manufacturer, bringing the designs fabricated by experts in Silicon Valley to life. Baker noted the following characteristics that make the city the perfect place for tech production:

What the U.S. doesn't

Whether or not America's work ethic is parallel to that of Shenzhen is a debate that typically ends with either an ambiguous or biased answer. Baker noted the main issue with making smartphones, media players, tablets and other devices in the U.S. is a lack of factories that produce essential parts such as batteries, speakers and other necessities.

It appears the U.S. will continue to be involved in the development aspect of consumer electronics. Haier America recently announced plans to construct a 30,000 square-foot research and development technology center in Evansville, Indiana, Area Development Online reported.

Until organizations feel confident enough about the U.S.' ability to produce required electronics components flexibly and efficiently, assembling the products domestically does not seem to be a viable possibility.