Why sourcing new technology may be more reward than risk 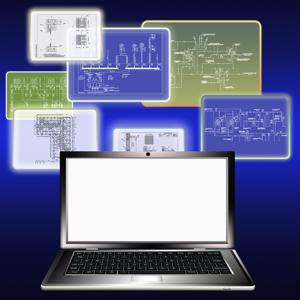 When the printing press was invented in 1445, it effectively put scribes out of business.

Although this innovation contributed to unemployment, it enabled people to spread and share information faster than previously possible. Essentially, it enhanced humanity's capabilities. Arguably, the same process occurs when a company procures new technology its competitors have failed to obtain.

IT and strategic sourcing

Take, for example, how technology developers and large entities intend to use quantum computing to further advance their capabilities. Some specialists have asserted that quantum computers are capable of solving an equation so complex that it would take a classic computer the length of the entire history of the universe to solve.

While this assertion may be an imprecise estimation, it goes to show why enterprises participating in a wide range of industries are interested in the technology. MIT Technology Review noted tech giant Google intends to construct its own quantum computer, which would significantly improve the search engine's ability to deliver highly accurate results.

According to the source, Google recently hired University of California, Santa Barbara professor John Martinis, who intends to construct a computer chip that is based on the intricate, often confounding concepts of quantum physics. D-Wave Systems, a startup based in Canada, has asserted that its machines abide by quantum principles, but critics have asserted the company's computers operate according to conventional physics.

The question is: why has D-Wave Systems received millions of dollars in funding for its effort? Why bother directing supplier relationship management toward establishing strong connections with technology developers that are pushing the limits of today's IT implementations?

Manufacturing Business Technology Magazine referenced a study conducted by Harvard Business Review Analytic Services, which surveyed 672 business and technology decision-makers from across the globe on how mobile, social, cloud computing, advanced analytics and machine-to-machine communications have affected their enterprises.

With this all considered, business leaders must also exercise ways to convince their subordinates to adopt solutions. Software can induce company-wide transformations, but only if it's used in a meaningful way.