Home Unlabelled GMOs and the rise of insecticide

GMOs and the rise of insecticide 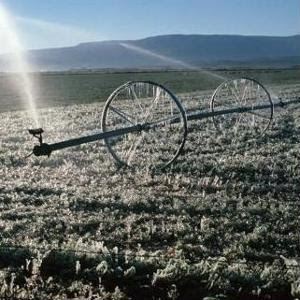 For many U.S.-based farmers, procuring insecticides and herbicides to combat evolving diseases is quite a common practice.

Fending off diseases in this manner is a yearly process that strengthens supplier relationship management practices in the agricultural industry - growers across the nation are increasingly relying on chemical producers to make more effective substances.

This situation has spawned a question to which many environmentalists already know the answer: How come the pesticides produced 50 years ago are no longer useful? The fact of the matter is that nature is much more resilient than one would think.

Although a large contingency of farmers don't possess degrees in environmental science, many have deduced that succeeding generations of insects and plant diseases have made subtle biological adjustments that render outdated chemicals incompetent.

Ramon Seidler, a former senior scientist at the Environmental Protection Agency, would have to agree with the aforementioned assertion. He argued that the overuse of pesticides - as opposed to ad hoc usage as is preferred - on genetically modified crops has spawned pesticide-resistant weeds and insects.

Seidler also noted a gross conflict of interest. Most chemical companies are now firmly rooted in the development weed-resistant and pest-resistant seeds, which contradicts their mission to sell more pesticides. He cited a report from the U.S. Department of Agriculture, which discovered glyphosate use has grown nearly twelvefold since 1996, rising to more than 500 million pounds. This has coincided with documented cases of weed resistance increasing on nearly 60 million U.S. farm acres.

New state regulations would require trained, accredited experts to acquire permits with their county's agricultural commissioner to use the pesticide.

A new definition of responsible use

The short answer to this problem is that farmers simply need to look toward alternative means to deterring weeds and crops. However, this is easier said than done when a small-time grower's livelihood is on the line. Yet, the fact of the matter is that chemical companies are profiting off GMOs and substances that are simply ineffective.

The best solution? Seek advice from other environmental experts. For large-scale grow operations, procurement services could direct farmers toward agriculturalists who are knowledgeable of natural insect deterrents that may be more difficult to implement, but are more effective in the long term.