How healthy is India's business climate? 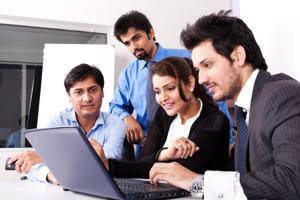 India's large population can be a significant resource for enterprises in need of affordable labor, but how much red tape will said businesses have to cut through?

A culture of contradiction

Why so many regulations? The source alluded to the possibility that the Indian government is attempting to make the distribution of wealth more equitable, an objective that has so far proven to be an abject failure - a huge gap between the country's rich and poor persists.

The nation's public sector isn't ignorant of these factors, either. IndustryWeek noted that Prime Minister Narendra Modi's right-wing Bharatiya Janata Party recently scaled back several mandates that restricted foreign investors from starting operations in the country. The political body believes repealing many regulations will create jobs for the millions of Indians who enter the workforce on an annual basis.

This move is a positive step forward, as the World Bank recently ranked India as 134th easiest economy to do business with among 189 nations. China, India's manufacturing rival, placed 96th. As China possesses a closely regulated market (despite the fact that it's grown more flexible with its restrictions in the past 20 years), this goes to show just how arduous it is for enterprises to make a profit in India.

"Costs of production in India increase because of various government policies, procedures, regulations and the way some of the laws are implemented," said Maruti Suzuki executive Kenichi Ayukawa.

Not only manufacturing potential

U.S. Secretary of Commerce Penny Pritzker and Secretary of State John Kerry, who wrote the piece for ET, maintained encouraging collaboration between American and Indian innovators is imperative for the economic success of both countries. The two politicians maintained that loosening India's tight restrictions on foreign labor is the first step that must be taken.

Whether or not India becomes a significant participant in global sourcing depends on how well the nation dissects its current mandates and defines which are progressive and which are hindering advancement.