Home Unlabelled What does the ASEAN Economic Community mean for global sourcing?

What does the ASEAN Economic Community mean for global sourcing? 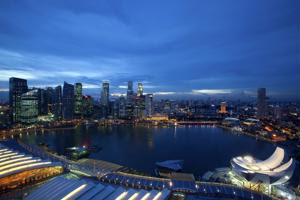 The Association of Southeast Asian Nations recently brought a vision to the region's economy that will play out over the next 11 years.

According to the organization's website, ASEAN was established in Bangkok, Thailand in 1967 to improve Southeast Asia's economic, political and social growth. Indonesia, Malaysia, the Philippines, Singapore, Thailand, Vietnam, Lao PDR, Myanmar and Cambodia are all members of the association.

Setting up a plan

The ASEAN Experts Group on Competition (AEGC) convened at ASEAN Secretariat between September 9-10 in order to establish a strategy for a post-2015 world. Southeast Asia is expected to be a major participant in global sourcing, offering Western businesses the chance to benefit from labor that's more affordable than what China has to offer.

The main focus of the meeting was to establish competition laws. AEGC asserted its intention to establish institutions that will define and regulate fair economic policies across nations, although the source didn't provide further details regarding the matter. It's likely ASEAN will implement regulations that prevent monopolies from occurring, primarily because so many different companies will work to participate in several industries.

What's the perception of western businesses?

So far, there have been mixed reactions regarding ASEAN's initiative. IndustryWeek noted that many people residing in ASEAN member nations remain skeptical about whether the establishment will be capable of meeting all of the goals it outlined for 2016-2025.

However, Thai business executives remained the most optimistic, with 78 percent of the country's professionals  believing that participating in ASEAN will help Thailand establish itself as an active part of global sourcing. American Chambers of Commerce Board of Governors President Darren Buckley concurred, maintaining Thailand possesses strong economic foundations and its enterprise leaders are eager to expand.

"As the political situation stabilizes, businesses are experiencing higher degrees of optimism and foreign investors' confidence return," said Buckley, as quoted by the source.

As ASEAN focuses on making member nation economies competition-friendly, western organizations will attempt to capitalize on this environment. The more competitive a market is, the more its participants seek to enhance service quality and reduce prices. For a company operating under ASEAN mandates, the goal is to make it profitable for foreign investors, subsequently yielding stronger relationships.

In addition, it's important to note many professionals in Thailand (62 percent) plan on expanding their businesses. Furthermore, 82 percent expect to encounter greater profits over the next several years. This means investment in the region already exists, and the infrastructure needed to support large-scale manufacturing is ready.