Home IT What net neutrality means for the RFP process

What net neutrality means for the RFP process 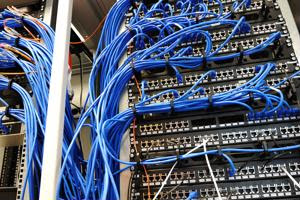 Almost every business in the United States uses the Internet to deliver products, services and entertainment in one form or another.

Obtaining reliable Web connections has always been conducted through strategic sourcing, even if a company has branches located in different parts of the country. However, discussions regarding the Federal Communication Commission's take on net neutrality may change the way companies procure Internet access.

What is net neutrality?

According to The Washington Post, net neutrality refers to the idea that Internet service providers shouldn't slow down, speed up or adjust consumers' Web traffic. Basically, if ISPs were allowed to impose such manipulations, they could restrict people from visiting certain websites and sharing particular information.

The chief concern among neutrality advocates is that the market will make it difficult for startups and small businesses to pay for optimal service, which would temper job growth and U.S. ingenuity.

As always, both consumer groups and ISPs are willing to reach a compromise - many are simply unsure as to what that accord would be. AT&T made an interesting proposal. The news source noted that Randall Stephenson, the telecommunication company's senior vice president for regulatory policy, recently convened with FCC officials.

Stephenson suggested that AT&T offer consumers a plan that would allow them to request that some services, such as Netflix, are prioritized over other applications like online video games and email. AT&T asserted that this strategy would maintain ISPs' current ability to initiate specialized request for proposal agreements with content companies while preventing fast lane charges from occurring.

What does this mean for those procuring content delivery contracts from ISPs? If AT&T's route were taken, commercial deals between ISPs and companies could only progress at the behest of subscribers. The more requests submitted by consumers, the better off a business will be.

The debate goes on

A separate article for The Washington Post detailed how some libertarians are arguing that the FCC should not regulate ISPs as all. The main argument behind this angle is that it would prevent ISPs from delivering the best service possible to consumers.

Still, the movement - operating under the name TechFreedom - has yet to achieve a significant amount of support. This is because people want the freedom they've enjoyed for so long by using an unrestricted Internet. If ISPs are given more control over content delivery, they will hinder the progression of service improvement.