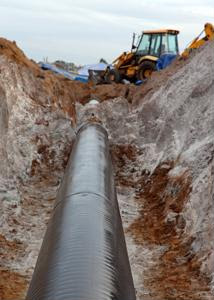 Although Africa's shadow economy typically receives more attention than its counterparts, the continent's energy deposits have been gaining much attraction as of late.

Whether businesses build supplier relationships with natural gas and oil drilling companies primarily depends on one factor: the political stability of the country in which said producer operates. While an enterprise may find it favorable to procure natural gas from Ghana, procurement services may advise that same company to refrain from establishing connections with businesses in the Democratic Republic of the Congo.

Before assessing Africa's potential as a global energy provider, it's important to understand why some nations are more favorable business partners than others. According to Global Issues, the DRC conflict has been fueled by myriad components. A dangerous concoction comprised of political assertions and disparate cultural priorities, among a plethora of other issues, has caused the DRC government and rebel troops to fight one another over the region's natural resources.

Suppose an enterprise wants to source natural gas from a company in the DRC. Even if a company exercises particularly strong transparency policies in regard to procurement and the supplier complies with every possible audit, a person could still argue that the sourcing enterprise is indirectly contributing to Congolese conflict. One side of the debate could propose that the Congolese business is using a guerilla group for protection, which then profits from natural gas sales.

While there may not be tangible proof that such a situation is transpiring, suspicion is all that takes for a foreign investor to refrain from sourcing from nations similar to the DRC. With this in mind, why is Ghana the better option? According to the Overseas Security Advisory Council, while Ghana may have its own set of problems, they are not as severe as the DRC's. Most importantly, the Ghanaian government imposes strict surveillance over natural resources, and all transactions involving such commodities must be certified by authorities.

A place of opportunity

While differences between varying countries may persist, Africa is a continent with a lot of potential. Industry Week noted a study conducted by PriceWaterhouseCoopers, which discovered more than 500 companies are exploring the continent for potential energy deposits. Out of the top 10 discoveries of energy reserves across the globe, six were in Africa.

The source noted particularly large natural gas findings were made in Mozambique and Tanzania, which are located in the southern half of the continent and bordered by the Indian Ocean. In general, east Africa could become a significant player in global sourcing. Last year, an estimated $1 billion worth of transactions occurred every 17 days in Africa's oil sector.

So, what's stopping this growth? PWC maintained Tanzania and Mozambique lack the proper infrastructure required to maintain production and distribution operations. Apparently, neither country possess the capital required to construct the necessary roads and facilities, which makes them dependent on foreign investors for support.

Where does the continent's future reside?

Industry Week noted that African countries cumulatively produced almost 9 million barrels of crude oil every day last year, 80 percent of which originated from active participating countries such as Libya, Algeria, Egypt, Nigeria and Angola. Four of those nations are located in the northernmost part of the continent.

Regional disparities aside, what about the role of renewable energy? How will Africa support the estimated 76 percent of Africans who don't have access to electricity? Forbes cited the latter statistic, which was developed by American University adjunct professor Caleb Rossiter.

Before these other considerations can be seriously assessed, African countries - particularly Mozambique and Tanzania - need foreign investment to support lackluster infrastructures. Outside influence will foster domestic production.