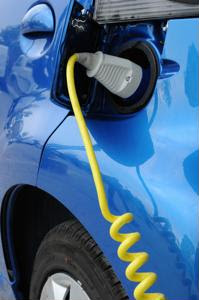 The global automotive industry has paid close attention to Tesla Motors, a company that focuses entirely on the development and fabrication of electric vehicles.

According to The Wall Street Journal, the manufacturer recently decided to construct a $5 billion lithium ion battery factory in Nevada. Given the resources available in the state, as well as its proximity to its assembly plant in California, it's safe to say Tesla has made some smart moves in regard to the procurement process.

For global enterprises, maintaining connections with distant companies is a regular part of strategic sourcing. Automotive companies may have 20 companies or more supply different vehicle components. Are these suppliers conveniently positioned 10 miles away from headquarters? Not necessarily.

Tesla is cognizant of the fact that even with the prevalence of Internet-connected devices, maintaining strong relationships with distant partners isn't an easy task. Poor or simply inappropriate practices could slip under the radar without the procurer's knowledge. How does constructing a lithium battery plant in Nevada mitigate this issue?

MarketWatch noted that Nevada possesses the only operational lithium mine in the United States, which likely contributed to Tesla's decision to set up operations in the state. The source noted the battery facility's construction may cause the mine to expand, as other untapped deposits of lithium reside in the state.

As Tesla is a producer of electric vehicles, it's only appropriate that it would protect its reputation as a supporter of green energy. If it's one thing Nevada has a lot of, it's sun, wind and geothermal power. John Boyd, principal at The Boyd Company, told The Wall Street Journal that affordable renewable resources are ubiquitous in the state.

Although taxes aren't necessarily a main concern for professionals looking to achieve corporate cost reduction, Boyd acknowledged Nevada's lack of government levies as one of the reasons why Tesla chose the state.

Organizations often pay attention to just how business friendly legislative atmospheres are. The more difficult it is for an enterprise to produce or sell goods, the less likely it will select the state or nation in question to do business in. Geographically and politically speaking, companies have more than enough options.

The Wall Street Journal noted Tesla's Nevada factory will employ 6,500 people in the state, and produce 35 gigawatt hours of batter cells every year.