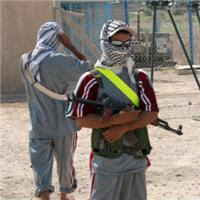 An offshoot of notorious terror organization Al-Qaeda, ISIL's rising numbers and successful attacks throughout the Middle East have made procurement officers speculate on how global sourcing is being affected as a result.

Before delving into how enterprises are attempting to maintain supplier relationships with Middle Eastern businesses, it's important to understand what ISIL is and what its objectives are. According to PBS, ISIL is a jihadist group mostly comprised of those subscribing to the Sunni Muslim belief system. The goal of ISIL is to establish a transnational Islamic state throughout all of Iraq, Israel, Lebanon, Syria, the Palestinian territories and Jordan.

ISIL originated in Iraq as Al-Qaeda, a rebel group aiming to dismantle the dictatorship of Saddam Hussein. The organization's violent uprisings were tempered in 2008, but activity increased after the withdrawal of U.S. troop from Iraq in 2011. Last year, it's estimated more than 8,000 civilians were killed as a result of ISIL's resurgence.

Where ISIL gets its support

To western businesses and consumers alike, ISIL has seemingly spontaneously appeared out of thin air. Therefore, it's befuddling for many unfamiliar with the organization to learn that it's been receiving financial support from a variety of figures and entities spread throughout Iraq, the Levant and elsewhere. A market research analyst on the outside looking in would not disregard ISIL's strong, almost unbreakable ties with its suppliers.

Unfortunately, there are many business leaders throughout the world who are greatly sympathetic with ISIL's mission. PBS noted that funding has come in through Jordan, Syria and Saudi Arabia, but the bulk of it originates from extortion, smuggling and other criminal activities. The source noted the group, through intimidating businesses both large and small, has generated net revenue of $8 million a month.

Sources in the region

When one thinks of the Middle East, energy is likely to come into consideration. The U.S. Energy Information Administration has shown that Syria possesses 2.5 billion barrels of oil and 8.5 trillion feet in natural gas reserves, but the nation's poor infrastructure and seemingly endless civil war has prevented it from truly benefiting from these sources of income. Therefore, Syria has not been considered a valid option when energy companies weigh options while employing strategic sourcing.

However, ISIL is not ignorant of these untapped reserves. In a succeeding article, we will delve into how ISIL has gained control of a portion of Syria's energy sector, as well as how business relationships with companies in Iraq and the Levant are being maintained.