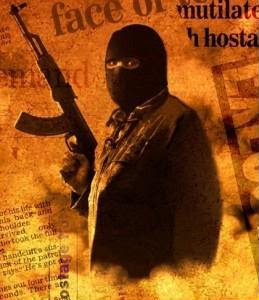 In a previous article, ISIL's background and the threat it poses to global sourcing was outlined. This post will focus on ISIL's control of Syrian natural resources, and how Iraq's economic relationships have been tarnished.

A constant supply of weaponry

The idea of a guerrilla military organization such as ISIL taking control over plentiful energy resources is a scary thought. Although legitimate businesses will publicly refuse to procure oil and natural gas from facilities controlled by ISIL, the nefarious nature of the world's black market will likely subvert at least some of these declarations.

For example, oil produced by ISIL may be smuggled and redistributed several times over until it has made the transition from an illicit to a legal commodity. Although the Web of this intricate procurement process would likely take several pages to describe appropriately, it's safe to say ISIL will have a resource with which to finance its need for arms both small and large, rudimentary and sophisticated.

Not a good handle on resources

With the aforementioned situation considered, it's important to acknowledge CNN's assertion that ISIL is having a difficult time controlling the engineers and other workers being held hostage in oil production facilities. Not to mention, the combat needed to gain possession of these centers likely caused grievous damages, resulting in a need for repair.

Granted, the reserves at oil facilities contributed to a surge in ISIL financing. However, the trucks in charge of transporting the commodity across borders have run out of product.

"At first, they got a large sum of money by seizing inventories, but this cannot last," said Iraq Oil Ministry spokesman Assim Jihad, as quoted by CNN.

For enterprises who have established supplier relationships with Iraqi oil companies, the seizure of the nation's production facilities has forced them to look toward other nations such as Iran. INVEZZ contributor Orit Mahalal noted the Iraqi oil industry employs 8 million people and is completely controlled by government authorities.

The latter factor didn't help matters much, but the ISIL uprising means a sharp upturn in the risk of doing business with both Iraq and Syria for two reasons:

Even if the ISIL conflict is resolved, there's still going to be quite a bit a bit of economic cleanup to conduct in its wake.