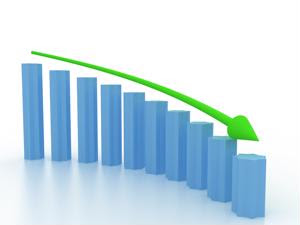 A healthy combination of creative thinking, strategic sourcing and cost-saving tactics has led to greater profit margins for private enterprises.

Although the U.S. economy is recovering at a slow pace, sales reports are growing more positive. At the onset of the 2008 financial crises, revenue was generated by efficiencies, labor cuts and operational shutdowns. Future priorities would suggest that this trend is going to continue.

According to FactSet, 74 enterprises in the Standard & Poor's 500 reported "actual" earnings for Q2 2014, with 73 percent of those companies generating sales above estimates. Essentially, original marketing analysis predictions regarding true revenue have fallen short of specialists' expectations. The source also acknowledged several notable trends:

In regard to future trends, it appears consumer confidence and near-shore manufacturing are going to bolster economic activity. Although people are still exercising caution when browsing e-commerce stores, individuals are feeling more financially secure now than they did four years ago.

Business Insider contributor Sam Ro named corporate cost reduction as the root cause of these positive revenue reports. He cited several instances in which companies took measures to cut operational assets - including labor - in order to turn a profit over the long run.

"We remain focused on cost discipline to offset the negative effects of our gross profit dollar growth," said one such firm, Walgreen's​, in a statement, as quoted by Ro. "We will be accelerating our optimization efforts, taking additional steps to lower our expenses company-wide."

According to BakeryandSnacks.com, after reporting negative operating revenue, General Mills CFO Don Mulligan announced the implementation of a program that is expected to create $40 million in free tax savings for the next fiscal year. Jerry Smiley, a partner at Strategic Growth Partners, speculated that this approach may involve several cereal plants being shut down and a reduction in the labor force.

However, Smiley acknowledged that an innovative approach to a changing food economy is imperative to the success of General Mills. The problem is, if little creativity is being realized, then the logical step is to eliminate expenditures wherever possible.