Home Unlabelled Is re-shoring a reality or a delusion?

Is re-shoring a reality or a delusion? 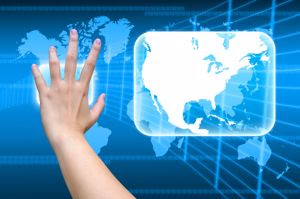 Aside from using outsourced services and software, the easiest way to simplify the procurement process is by sourcing from companies closer to domestic operations. The more remote suppliers are, the more complex logistics becomes.

North American enterprises may benefit from the re-shoring trend so many executives are discussing as of late. Due to a number of factors, experts have surmised that China is losing manufacturing jobs - but where's the proof behind this assertion and how will it impact strategic sourcing?

Not dramatic, but evident

A boost in Western consumer confidence and the prevalence of online shopping habits has demanded that businesses within the United States and Canada respond by expediting the distribution process. This is the estimation of Michael Dominy, research director with Gartner, who recently spoke with SupplyChainBrain on the matter.

Dominy maintained that corporations can respond to fluctuations in demand more quickly when operations are closer to their headquarters. For example, if consumer desire for jeans shoots up in January, it will be easier to adjust logistics priorities when the manufacturer producing the pants is located in Mexico as opposed to Thailand.

In addition, procurement services are wary of how the environment affects overseas factories. Dominy referenced the tsunami in Japan and flooding in Thailand as foreshadowing an age of relentless disruption at the hands of climate change. Therefore, North American companies are moving essential operations away from areas particularly vulnerable to sustaining super storms.

As consumer confidence grows, people are more likely to spend money on large purchases, such as cars and homes. In the U.S., faith in the market is growing at a steady pace, and one vehicle brand is taking note of the nation's economic improvement.

According to The Associated Press, Germany automotive maker BMW recently announced that it plans to invest $1 billion to construct a new luxury car facility in the Mexican state of San Luis Potosi, which is located near the nation's northern border. BMW board member Harald Kruger noted that the factory will be capable of producing 150,000 cars annually, employing 1,500 workers.

In addition, BMW intends to spend $1 billion on its plant in Spartanburg, South Carolina, so that its manufacturing capacity increases to 450,000 vehicles by the end of 2016. The company also announced its commitment to building a production center in Santa Catarina, Brazil.

By positioning factories closer to the North American continent, BMW is in a good position to avoid overseas shipping and consolidate logistics resources.