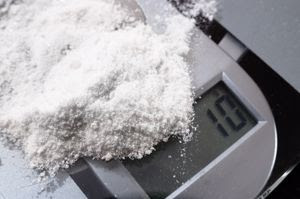 There are two concerns procurement services have regarding the pharmaceutical supply chain:

Being able to connect the dots between medicine manufacturers and pharmacies selling the products is imperative. Organizations such as the U.S. Food and Drug Administration enforce stringent standards regarding the sale of drugs, and failing to comply with these codes can result in grievous consequences for enterprises.

According to Supply Chain Digital, logistics company FedEx was recently indicted by the U.S. Justice Department for allegedly transporting drugs sold by illicit online pharmacies. The source noted that authorities had repeatedly warned the distribution giant of several organizations that were not allowed to market goods in the U.S.

"From as early as 2004 the indictment alleges, federal authorities and members of Congress informed FedEx that illegal Internet pharmacies were using its shipping services," said a statement from the Justice Department, as quoted by the source.

As opposed to abiding by these regulations, the government agency asserted that FedEx would deliver packages assembled by illegal shippers to designated locations at which customers could pick up the items. This process not only put FedEx employees at risk, but arguably exposed consumers to potentially dangerous substances.

How does this affect strategic sourcing? Companies that chose FedEx as a primary distributor are now likely to be associated with such activities. Pharmaceutical companies selling authorized, legal drugs may have to comply with investigations to ensure that none of their shipments were harboring illicit substances - a lengthy and expensive process to satisfy.

Therefore, it's important for such organizations to conduct research of their own regarding potential distributors. Susan Haigney, a contributor to Pharmaceutical Technology, acknowledged the FDA Safety and Innovation Act, which requires drug enterprises to divulge the contents of controlled substances, as well as how they're manufactured. The Act authorizes the FDA to:

A global sourcing strategy that can be easily scrutinized by authorities is essential to have. Not only will it help entities satisfy audits, but it will enable them to identify which distributors are most likely to be involved in unsavory practices.