Think conflict minerals aren't a part of the procurement process? 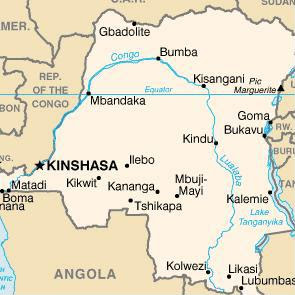 It's scary to think that a percentage of consumers may be indirectly funding global conflict by purchasing smartphones and vehicles.

Yet, they're not the ones getting the blame: Companies that fail to employ thorough supplier relationship management tactics are receiving the brunt of the criticism.

At first glance, figuring out whether the tungsten, gold or tantalum they source originates from countries such as the Democratic Republic of Congo appears difficult. Thankfully, there are technologies and services available that allow enterprises to gain a holistic view of the procurement process.

Not up to par

Bloomberg View reported the United States government responded to allegations regarding poor strategic sourcing tactics by implementing a provision in the Dodd-Frank Act, which requires U.S.-regulated production companies to submit analysis reports on their distribution practices.

The first round of conflict mineral investigations was due June 2, but only 6 percent of audited companies satisfied adequate compliance standards. Worst of all, of the nearly 1,000 enterprises that submitted reports pertaining to conflict minerals, 94 percent failed to validate their suppliers' sourcing tactics.

Child soldiers, slavery and mass rape are all tactics employed by organizations operating in the Democratic Republic of Congo. Amnesty International noted that the Congolese army and the M23 rebel group (the latter of which is comprised of several sub-factions) have been fighting for control not just of the country, but of natural resources as well.

Both parties are notorious for committing atrocious human rights abuses.

Bloomberg acknowledged a harrowing statistic. Last year, a spend analysis showed that central African mineral exports amounted to $2.1 billion, a large portion of which funded the Congolese military and M23 rebellion. Therefore, smartphone and computer manufacturers may have indirectly funded a grievous conflict.

In order to prevent the progression of this heinous war, enterprises engaged in global sourcing have two options:

Software developer GTKonnect announced the release of its conflict metals product, which helps businesses meet compliance standards set by the U.S. and other national authorities. The technology helps companies:

GTKonnect's provision is just one example of how organizations can stop the flow of money being funneled into the DRC.