Home Facility Management Global sourcing and labor: The other end of sustainability

Global sourcing and labor: The other end of sustainability 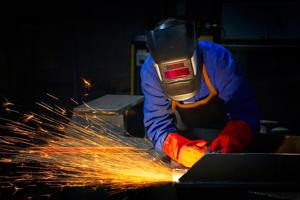 When professionals think of global sourcing sustainability, they often regard their suppliers' environmental impact - such as water and electricity consumption.

However, there's another aspect consumers and businesses should  consider: whether or not organizations are taking appropriate measures to eliminate unsavory labor practices. People don't want to be associated with companies that have directly or indirectly contributed to poor employment initiatives.

One mobile phone maker recently discovered its strategic sourcing initiatives didn't have the oversight necessary to encourage sustainability. According to Bloomberg, Samsung Electronics failed to recognize labor violations committed by Chinese labor relations, despite stating a commitment to root out any employment transgressions.

The South Korean company conducted an audit of 100 Chinese suppliers, discovering poor practices at 59 companies. A separate study assembled by the China Labor Watch was launched after the fact. Cumulatively, the two reports discovered that a number of manufacturers were allegedly:

In light of these allegations, Samsung has suspended its relationship with producers accused of committing wrongdoing.

"Samsung will strengthen its hiring process not only at its production facilities but also at its suppliers to prevent such cases from reoccurring," said Samsung in an emailed statement.

Using a supplier relationship management tool to set standards for global partners is a good first step, but it's not the ultimate solution to attaining social sustainability. A study conducted by Ernst and Young discovered that although corporations are taking measurable approaches to encouraging favorable labor practices in their suppliers, problems still persist.

What's causing this inconsistency? EY outlined several reasons as to why employment-focused sustainability initiatives are failing:

There's an underlying, more elemntal reason as to why human rights abuses are going unacknowledged. The report asserted that countries such as Bangladesh, Haiti, Lesotho and Cambodia are favored as production hubs because they all have a surplus of indigent labor. In addition, each of these nations has experienced civil war in the past 40 years.

There's no getting around it - issuing compliance audits costs money. Although the perspective is nefarious, expense is one of the reasons why unsavory enterprises source from countries with sustainability standards less stringent than those of more developed economies. If it takes a short amount of time for a review to be completed, overhead costs can be reduced.

Thankfully, executives who understand the need to exercise sustainable labor practices have a number of options at their disposal. EY maintained that procurement services can not only lessen the expenses associated with conducting audits, but dedicate more resources to completing such endeavors.

In this respect, an outsourced materials acquisition specialist may be able to better conduct covert, thorough reviews of factories without facility managers knowing. It's not uncommon for companies to prepare for monthly inspections by changing day-to-day processes for a day and then reverting back to previous practices after the fact.

In addition, supplier relationship management software must be implemented to ensure that no unauthorized orders are submitted before a manufacturer's sustainability practices have been approved. Taking the easy way out could ultimately damage an enterprise's bottom line.