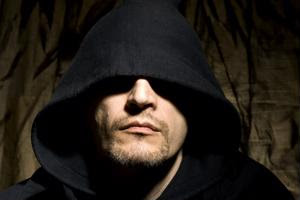 Unfortunately, a number of underground organizations make a business out of stealing raw materials and manufactured goods and selling them on the black market.

Where procurement services come into play

In light of this activity, it's in the best interests of enterprises with global connections to leverage supplier relationship management software and other such tools. These programs in particular can help businesses identify:

Suppose a Canadian steel manufacturer is robbed of $20 million worth of materials. Now, say a German business that produces train rails sources 100 percent of its steel from the Canadian company. Because the German entity's procurement process focuses solely on the Canadian enterprise, its operations are sure to sustain a major blow.

According to Supply Chain Digital, a 2013 survey conducted by Achilles revealed that large manufacturers operating in the United Kingdom lost £58 million last year due to sourcing disruptions. On average, interruptions cost each respondent £105,000.

Selling valuable stolen goods at a discount is a good business model for criminal organizations operating in developing or indigent nations. Some of the most coveted goods are electronics, which can be sold at half the price they fetch in a legitimate marketplace.

Business Insider reported that 20 offenders masquerading as Samsung employees infiltrated the smartphone producer's factory in São Paulo, Brazil, making off with about $36 million in products. The source noted that some 200 workers were held hostage by thugs while cohorts loaded seven trucks with tablets, notebooks and smartphones.

Investigators believe the ordeal was an inside job because of how easy it was for criminals to gain access to the facility. A huge part of strategic sourcing involves figuring out how trustworthy a supplier's employees are. If authorities' assumptions are true, resellers of Samsung products may likely procure goods from other facilities, forcing the São Paulo factory to shut down.

The fact of the matter is that the criminal element is a legitimate threat to global sourcing. Considering this factor with the attention it deserves will help protect organizations from sustaining grievous losses in the event goods are stolen.