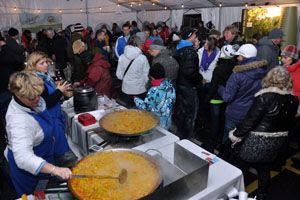 Feeding more than 7 billion people is one challenge, but ensuring they're receiving edibles that are safe to consume is another.

Today, food companies are heavily entrenched in global sourcing, making it difficult for them to accurately determine how produce is grown and livestock is raised. Global regulations and national standards aside, many enterprises are worried about transporting perishables to needy markets before products are tarnished.

A push to increase safety

The standards were developed by the Codex Alimentarius Commission, which has created similar regulations in the past. Representatives from approximately 170 countries congregated at the CAO's annual meeting in mid-July, agreeing that infants are particularly vulnerable to the poisonous effects of lead.

The key question is, how are organizations going to be able to identify such precise measurements on a global scale? First, procurement services should identify areas where baby formula is most likely to come into contact with lead, and how arsenic can leach into rice.

For example, the news source explained that arsenic is most likely to be absorbed by rice than any other vegetable. Therefore, it is important for companies to scrutinize locations where rice production's frequency correlates with arsenic's prevalence. Where is such a relationship most likely to occur? AllAfrica maintained that those living in Asian countries are most likely to suffer from arsenic poisoning due to these two factors.

The bottom line is that food enterprises have a heavy responsibility. The problem is, the only organizations that are going to make a commitment to delivering edible products to those living in indigent countries are nonprofits. With this in mind, these particular charitable entities need to make sure they don't operate at a loss, inciting a need for corporate cost reduction.

Where do nonprofits need to focus their efforts? Devex contributor Anna Patton asserted that eliminating food waste is one of the biggest concerns the world faces today. Although many believe the problem lies with developed countries, she noted that infrastructure and logistics inefficiencies often cause produce to rot before it reaches the market.

With this considered, charitable organizations should leverage a healthy mix of technology and expert insight to network with distribution assets operating in struggling economies. If effective planning is executed, critical edibles will likely be saved from tarnishing.