Home IT How to respond to environmental hindrances with strategic sourcing

How to respond to environmental hindrances with strategic sourcing 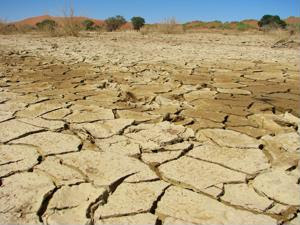 There's been a lot of talk regarding sustainable strategic sourcing, but what about the impact environmental changes have on the procurement of materials?

Droughts, severe summer storms, winter blizzards, rising temperatures and a number of other ecological factors can hinder the distribution of goods destined for manufacturers across the globe. The key to mitigating the effects of these deterrents? Networking.

Melissa Clow, a contributor to The 21st Century Supply Chain, acknowledged a report conducted by Aberdeen Group, titled "The Chief Supply Chain Officer's View of Supply Chain Disruptions: How the Best-in-Class Respond." After receiving responses from 151 logistics professionals, the researchers discovered an overall willingness to advance operations on a constant basis.

The study found that the cream of the crop are:

It's a "who you know" world

Of the aforementioned conclusions, the latter point remains essential. Having a holistic perception of global sourcing is a good start, but actively using supplier relationship management tools to strengthen connectivity with critical logistics partners is imperative to adequately respond to environmental fluctuations.

Worldwide operations are comprised of thousands of relationships. Therefore, if one manufacturer, resource provider or distribution expert cannot fabricate or deliver goods due to a climate-related issue, another company of the same ilk can be contracted.

The concept of never burning bridges goes far beyond maintaining friendships and ventures into the world of providing products to consumers or businesses.

What happens if an environmental fluctuation impacts an operation model? The San Francisco Gate recognized California's struggle to use hydroelectric dams to power its cities due to a pervasive drought that has plagued the state for the past three winters.

The prolonged dry spell has ultimately hindered California from reaching its emissions goals - reducing output to 431 million metric tons by 2020. In addition, the closing of the San Onofre Nuclear Generating Station has contributed to the rise of greenhouse gases as utilities have been forced to source energy from conventional sources, such as coal-fired facilities.

Essentially, what the state needs to do now is jumpstart initiatives geared toward getting wind and solar farms online. California law obligates utilities to source 33 percent of their electricity from green resources by 2020, but this recent drought could cause legislators to raise that bar.

How does this relate to procurement? Sourcing wind turbine and photovoltaic panel components from manufacturers throughout the globe remains California's best option.