Audit satisfaction should be a key concern during the RFP process 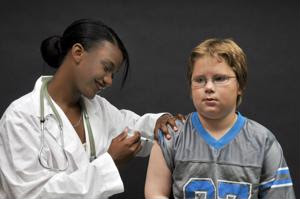 Although the RFP process is usually characterized by bidding wars and operational capabilities, those in the pharmaceutical industry need to evaluate a manufacturer's ability to satisfy audits.

Lackadaisical factory policies can accumulate over time and negatively impact a vaccine producer's ability to deliver quality goods to the market. Contaminated medicine can also result in grievous illnesses that can potentially result in a public relations nightmare.

Not up to par

Most importantly, consumer health may be detrimentally affected by poorly formulated vaccines. The biopharmaceutical fabrication process is incredibly delicate, vulnerable to the slightest manufacturing misstep. This is why government organizations regularly conduct audits on facilities focused on medicine creation to ensure all the right practices are being implemented.

Although none of the issues were considered public health risks, the Canadian authority maintained that the report suggests the facility consistently fails to abide by basic standards. In June, the U.S. Food and Drug Administration sent a warning letter to the GSK-owned factory, referencing concerns of bacterial contamination.

In order to satisfy such extensive reviews, pharmaceutical resellers - such as hospitals, care clinics and other organizations - have weighed the pros and cons of outsourcing to private auditors. Conducting thorough inspections of manufacturing facilities before submitting a bid is imperative for enterprises that want to avoid government shutdowns.

When a biopharmaceutical plant is shut down, entities sourcing from the company that owns the facility are left to scramble in search of other manufacturers, thus having to reinitiate the RFP process all over again. It's a costly, lengthy endeavor that can be avoided altogether by contracting procurement services with thorough knowledge of government standards.

On the other end of the spectrum, it's also important for public authorities to develop sound biopharmaceutical inspection policies so private enterprises can receive business from overseas sources.

For those who would assert that regulations hinder production quality, this certainly isn't the case. Chan referenced a Chinese encephalitis vaccine that was "easier to administer" than counterpart medicines on the market. In addition, the solution was cheaper than competing vaccines.