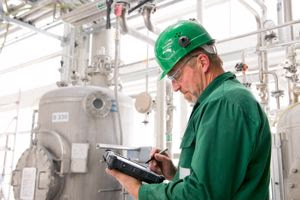 Procuring the materials needed to manufacture rugged electronics - computers, smartphones, laptops and other devices - can be a difficult endeavor.

When analyzing a machine fabricator's procurement process, the system looks like several spider webs layered on top of one another. Between the raw minerals used to create central processing units and the synthetics developed to make up the chassis, device manufacturers require thorough traceability.

Creating a rugged computer doesn't consist of simply developing an "unbreakable" case, either. Jerker Hellström, CEO of Handheld Group and contributor to Ferret, explained that the internal components require a list of additional materials to make sure the entire device can work properly. He noted that a truly durable machine can:

With these tests in consideration, it's imperative that manufacturers interested in creating such devices reevaluate the strategic sourcing of central components. Hellström noted that many designers favor the procurement of non-moving parts. Several measures production companies take include:

Not only must the materials needed to make such a component be procured, but the appropriate personnel possessing the wherewithal to design and develop rugged computers must be brought on board. Vendor resource management tools can help enterprises find the right staff to create a marketable product.

One company is looking to solidify its position in the production of rugged PCs. According to The Jakarta Post, Japanese electronics manufacturer Panasonic intends to expand its market share in Asia Pacific by selling more durable devices, specifically targeting Indonesia.

Panasonic Toughbook Asia Pacific Group Director Jun Matsuo noted that the products will be marketed to employees in arduous working conditions, such as industrial, mining and automotive. As of now, Panasonic only possesses a 10 percent share in the Asia Pacific region.