Why more companies are putting robots in their warehouses 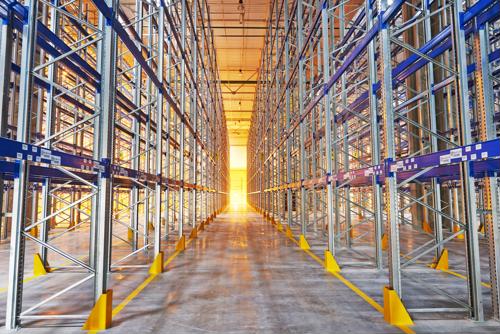 As a warehouse manager, you have no doubt heard many opinions about whether it's a good idea to invest in robots to make your operations more efficient. Workers are understandably concerned that these devices will replace them, or at least lead to reductions in their hours, while companies may be reticent to make such a large up-front investment in something they don't have a lot of assurances about.

There are certainly pluses and minuses to robot adoption, just like any other business decision, according to Geodis. However, increasingly companies are coming around to the idea of at least light adoption for a variety of reasons. Not the least of these is the number of errors that necessarily come with any human-focused operation; try as they might to hit 100% accuracy, employees are never going to be able to do it over a long enough timeline.

That may also be true of robots, but error rates are likely to drop with automation for picking processes, the report said. That also frees up employees to do other critical work that they might otherwise have to cram into their schedules between all the picking and packing they have to do, leading to increased productivity and a reduction in the manual labor these workers have to go through.

Another aspect of adoption to consider

This all comes at a time when many companies throughout the supply chain find themselves short-staffed, to boot, according to DC Velocity. For that reason, many companies may be considering putting robots to work on a temporary basis when times get busy, such as around the holidays or other periods when their products are in high demand. Through a rental or leasing program, companies can assuage workers' replacement by using them only as a supplementary option when absolutely necessary. That might be especially critical as so many businesses strive to staff up in a low-unemployment job market.

In addition, these rental periods may also give companies some insight as to whether robots would work on a longer-term basis and help them iron out potential issues before they become bigger stumbling blocks, the report said. That includes the human/robot interactions that are inevitable.

"You have to have your workers be ready to interact with the new robots," Melonee Wise, CEO of Fetch Robotics, said at a recent industry conference, according to the site. "The fear is no longer losing their job, but being competent enough to work with the robot. So if you can disarm that as soon as possible, they transition to embracing their robot co-worker. And then they go from fear to curiosity."

While robots are still relatively rare in warehouses now, that might not be the case over the next few years, according to Grand View Research. By 2025, the global market for these robots is projected to grow to $6.46 billion annually, at an average compound annual growth rate of about 11%.
With that in mind, companies have to start looking at their options for adoption and make decisions sooner than later to truly ensure long-term success.
Procurement News