What Can the Oscars Controversy Teach Business Leaders? 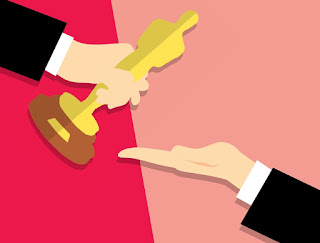 This Sunday night, the Academy of Motion Picture Arts and Sciences (AMPAS) will hold its 91st Academy Awards ceremony. The weeks and months leading up to Hollywood's biggest night are always characterized by intense campaigning and unexpected twists. Controversies and sudden backlash, too, tend to find their way into the conversation.

The 2018 awards season was no exception on this front. Green Book and Bohemian Rhapsody, in particular, saw their paths to Best Picture nominations littered with scandals.

This year appears unique, however, in the amount of criticism leveled at the Academy itself. While Oscar fans (myself included) often take AMPAS to task for its choice of nominees, this year saw the organization alienate movie fans again and again (and again) with a series of increasingly puzzling decisions.

Months of unexpected announcements and fierce backlash have left Oscars enthusiasts both outraged and uncertain. What will Sunday's ceremony look like? What about future ceremonies?

Lessons from the Academy

While they've taken my Oscars anxiety to new heights, the ceremony's producers and the Academy's Board of Governors have also provided all of us with several valuable lessons. Their short-sighted moves, attempts to reach an audience that doesn't exist, present a case study in ineffective leadership.

Every good leader is a great listener. Though they've got vision to spare, they're certain to consult their teams and survey their customers before committing to a sweeping initiative. The Academy's woes throughout 2018 and the early months of 2019 are all the result of acting without listening. Met with flagging ratings, the Academy made a series of assumptions that's left them on the defensive for over half a year.

While the Academy cannot exactly consult every Oscars viewer to plan their next move, they might have at least taken August's conversations more seriously. Countless bloggers, critics, and podcast hosts chimed in immediately with their take on how the Academy might better refine the Oscars broadcast. Few, if any, suggested cutting performances or giving out awards off-camera. The 'stakeholders' who attend and watch the Oscars provided the Academy with a world of insights. Instead of listening up, the leaders elected to move forward with the same misplaced confidence.

Though it certainly seemed that way, not everyone considered the Best Popular Picture category an aberration. Even the idea's champions, however, would agree that the news came out of nowhere. What's more, it was delivered with a strange mix of authority and opacity. This new category, the Academy ensured, would make an appearance at the 91st Oscars. The details? Those were still to come.

The Academy never made it clear how they would define 'Popular Film' and they were similarly vague in addressing other changes to the ceremony. Few things are more destructive to an employee's productivity and engagement than uncertainty. It's a leaders duty to communicate as transparently as possible to ensure expectations are understood and consistently met. In failing to do so, AMPAS stoked discontent among its team and may have done irreparable damage to the culture surrounding the Academy Awards.

It seems like forever ago now, but all of this trouble began with the notion of a Best Popular Picture category. Critics around the world generally agreed that the distinction between 'Best Picture' and 'Best Popular Picture' was unnecessary at best. At worst, the move looked like a condescending attempt to reach 'average' moviegoers.

Drawing a line between these two types of film is not unlike drawing a line between 'hard' and 'soft' skills or constructing barriers between business units. It was proven redundant when the Oscar nominees were announced last month. This year's Best Picture field includes three films that made over a $200 million at the domestic box office. They stand out as a strong argument against the Academy's hasty thinking. In many ways, world-class Supply Chain professionals are like these crossover hits. Employing what were once considered disparate skill sets, they defy conventional wisdom and work to redefine excellence in their field. The best leaders have already realized this and are hard at work building cross-functional teams.

It's always controversial when a celebrity finds themselves in hot water over old social media posts. Whatever your take on re-litigating the past, it's happened enough times that the Academy should've known better. A quick glance at their host's social media history could've saved them several weeks of uncomfortable conversations. The ordeal calls to mind the hiring process. It's well within any organization's power to vet their candidates thoroughly and effectively guarantee a culture fit. All too often, however, the hands-off leader speeds through the process and winds up paying for it after on-boarding. This was certainly the case for the Academy.

As for the decision to move on without a host? A dive into past Oscars history could've helped here as well. It's possible this year's festivities will prove unremarkable, but the last host-less show is considered perhaps the worst ever. After consistently coming up short in their leadership role, the Academy may have done well to identify a steady hand capable of performing damage control.

Facing harsh responses, the Academy has reneged on each of its major announcements. As a result, they appear as indecisive as they do bullheaded. That's a dangerous combination - one that's left a bad taste in just about every stakeholder's mouth.

This waffling was arguably the worst thing the Academy could have done. Instead of carrying out the new style of ceremony as a test case, or attempting to reach a compromise, they effectively announced that they lack courage in their convictions. Recognizing your own fallibility is crucial to effective leadership, but the Academy's series of mea culpas was a little much.

Even if you (like me) disagreed with everything the Academy proposed, it's hard to commend them for ending up where they have. Though ABC plans to air a familiar Oscars telecast, months of resentment and disappointment will likely hang over the ceremony. Whether or not it comes in under three hours, it'll surely have attendees and viewers on edge for all the wrong reasons.

Remember, professionals at every level agree that recognition matters. Dismissing awards as unnecessary - or making haphazard changes to awards programs - sends a clear message to your team. It says, "I guess we appreciate you." Questions around recognition lead employees to jump ship everyday. We'll know Monday morning whether they have a similar effect on Oscars viewers.

Want to learn more about becoming an award-worthy leader? Reach out to Carole Boyle (cboyle@corcentric.com) to express your interest in the ExecIn Forum. This private component of ISM2019 will see executives from across Supply Management discuss the steps they've taken to guide their organizations into a new strategic era.