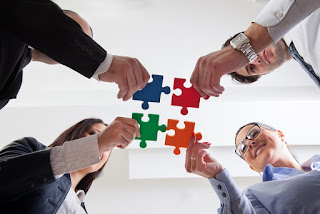 Supplier negotiations: A critical element of any successful strategic sourcing initiative, and one that carries a heavy amount of stress for too many Procurement Pros.

My job includes negotiating with my clients’ suppliers to establish best-in-class service at competitive pricing. The process is second nature at this point, but I see a lot of nervous avoidance from less mature procurement teams when it comes to sitting down at the negotiations table. Why? Because negotiating is uncomfortable. It is high pressure. Ultimately, it is an activity akin to a root canal for many, and they do what they can to avoid it altogether. Sometimes this means auto-renewing a contract, other times it means rationalizing a supplier’s opening bid as “good enough already.”

Sorry to say, that deal isn’t good enough already, and auto-renewing without attempting to improve terms is a losing game in the long run. Try as we might, we can’t escape supplier negotiations if we really want to earn our place in our organizations.
So, what can we do to be more comfortable at the negotiating table, and ultimately improve our outcomes? The key is to look at the internal and external factors that strong negotiators utilize to get what they want.


The Mental Game of Negotiations

We throw up a lot of mental road blocks when we think of negotiations. We think we aren’t “cut out” for a task that seems aggressively competitive and outside our own expertise. The beauty of this struggle is that the fix is entirely internal. We can address these fears simply by changing our mindset in a few ways.


This change in mindset, alone, is often enough to get a newer, greener Procurement pro feeling more confident. And confidence is important. Suppliers need to recognize that we’re coming to the table ready to work – we’re here to guide the conversation, not just be led as the supplier sales team sees fit. Which leads to the second area in need of improvement…


Coming to the Table Prepared

Once our mental game is on point, we need to consider the other side of the table and understand how to best interact with them as negotiations proceed.


Long story short, if you go into negotiations unprepared, you are at the mercy of your suppliers. You need to know both what you want, and what that supplier can offer. Additionally, you need to understand how other players in the market can compete with those offerings to truly create leverage.

Yes, negotiations can be tough – even for seasoned Procurement pros. However, we don’t have to let suppliers run the negotiation table. The strategies above help to even the playing field, while also elevating negotiations from a competition to a chance to build up a valuable partnership.