Jan Griffiths to Discuss the Other 'F Word' at ExecIn 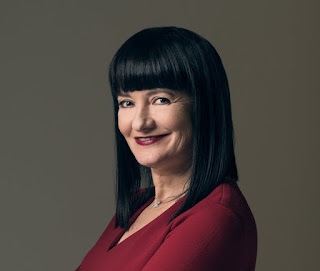 Supply chains live and die by innovation. That's why no effective Supply Chain professional can live in fear of failure. "By its very definition," says Jan Griffiths, "innovation is trying and failing and trying again." She suggests that any leader who instills a fear of failure may as well put a ban on innovation within their business.

Griffiths, the President and Founder of Gravitas Detroit, is a vocal advocate for a new, more empathetic and authentic kind of leadership. She'll share her thoughts with a group of similarly forward-thinking professionals as the moderator of this year's ExecIn Forum.

A private component of ISM2019's agenda, ExecIn welcomes executive-level Supply Chain professionals to absorb bold new ideas and engage one another in high-impact conversations. Leveraging her wealth of experience in both procurement and professional development, Griffiths promises to compel and inspire this year's attendees.

As in years past, technology is expected to dominate many of the conversations at ExecIn. Griffiths is outspoken on the subject and looks forward to encouraging a new outlook. She's certain that Procurement solutions, however advanced, will not replace the function's people. Quite the opposite.

"You can have all the technology in the world," she says, "but it's still people who are going to use that technology to inspire and to innovate. I think many businesses lose sight of that."

That's not to say she's a skeptic when it comes to automation. She continues, "Jobs are going to change. Automaton will certainly take over many of the jobs we see today." Her take on technology, however, sounds different than most of the usual commentary. While emerging technologies tend to inspire either unrealistic hopes or unfounded fears, Griffiths sees something else entirely. New solutions, she maintains, are both a challenge and an opportunity.

"Technology doesn't mean we've moved past humanity. In fact, it's helped take us into a new 'human age. Those skills that robots can't replicate are more important than ever. The sooner leaders learn to nurture those skills, the better.”

Griffiths acknowledges that there's a lot of work ahead. Office tyrants still outnumber empathetic and vulnerable managers by a good deal. She is hopeful, though, because of shifts in the cultural conversation.

"People aren't as afraid to talk about their feelings as they were in the past. As a result, the people in charge are starting to get it. They’re starting to make progress toward a more"

If overcoming fear is the key to innovation, then overcoming the fear of vulnerability and 'the f word' (feelings) could be the key to making innovation a central part of company culture. Griffiths concludes with a warning to fearful businesses. Failing to think differently now, she suggests, could soon mean ceasing to exist altogether.

Want to join the conversation in Houston this April? Reach out to Carole Boyle (cboyle@corcentric.com) to express your interest in the ExecIn Forum.