Tariffs set to cost Harley-Davidson another $100 million in 2019 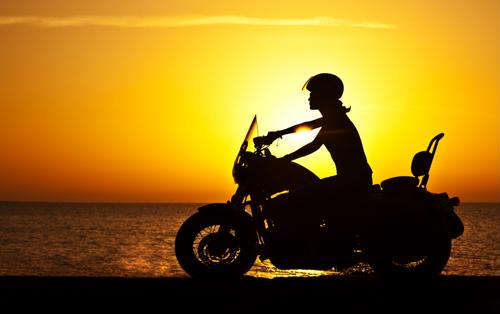 In 2018, tariffs were arguably the number one story in supply chain news, and seem poised to play a similarly dominant and disruptive role in the new year.

The impact of duties from China, the EU and the US was acutely felt by Harley-Davidson, as the company saw tariff costs increase $13.4 million in the fourth quarter alone, and revealed in a recent earnings call that it projects to pay between $100 million and $120 million on them in 2019.
Though tariffs were not the only issue the Milwaukee-based motorcycle manufacturer dealt with last year, they were a major contributing factor to the company's $1.15 billion loss in year-over-year revenue.

With zero earnings per share on a GAAP basis in the fourth quarter, Harley barely broke even in the final quarter of a rough year, according to Fortune. Many of those struggles stemmed from global trade issues.

Ever since the Trump administration placed a 25 percent duty on $50 billion worth of goods imported from China, the United States and the People's Republic have been locked in a trade war of retaliatory tariffs. On Dec. 1, President Trump and Chinese President Xi Jinping agreed to a temporary truce, which led to the U.S. delaying an increase of tariffs on $200 billion worth of Chinese goods that was originally scheduled for Jan. 1.

Now the two countries are talking again, but Harley-Davidson isn't counting on a resolution being reached before the new deadline, with executives and analysts on the call operating under the assumption that trade talks will fail and the 10 percent tariff on Chinese goods will increase to 25 percent.

Harley says it intends to mitigate the impact of EU and China tariffs by the end of 2019.
Harley-Davidson CFO John Olin projected Harley will pay somewhere between $100 million and $120 million in tariffs this year, not including metal cost increases that are also impacted by tariffs. However, he also expressed hope that a new Thai plant could alleviate the effects by producing a majority of motorcycles for the EU, China and Asian markets.

"We intend to mitigate the impact of incremental EU and China tariffs by year end," Olin said on the earnings call. "Our plant in Thailand came online in Q3, 2018. As we explained when we announced this project in 2017, we intend to utilize it to make more of our products accessible to customers and targeted international market."

While increased production in Thailand could help Harley-Davidson solve some of its supply chain issues, it's not the only issue plaguing the company. According to MarketWatch, the iconic American brand was hurt even more by two voluntary recalls it took in the fourth quarter, as well as a general lack of interest among millennial customers.
Procurement News