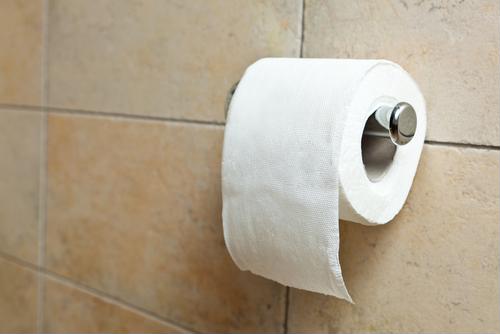 Some of the biggest names in TP have a new PR mess that may not be easy to wipe away.
Charmin, Angel Soft and other prominent toilet paper brands are being criticized for their procurement practices, which are described as a "tree to toilet pipeline" in a scathing new report from the Natural Resources Defense Council.

"The Issue with Tissue: How Americans Are Flushing Forests Down the Toilet" report reveals parent companies Procter & Gamble, Kimberly-Clark and Georgia-Pacific use zero recycled material in their toilet paper products, instead relying on a supply chain the NRDC accuses of harming indigenous people, animal species and ancient forests.

In the digital age, traditional notepad and paper communications are seeing more and more of their market share erased by computers and smart devices. As a result, household products such as toilet paper and paper towels are outpacing cardboard to become the fastest growing sector within the paper industry.

America is driving much of that growth, with the United States leading the globe in toilet paper consumption at 141 rolls per person per year, nearly three times the average Chinese citizen's annual usage of 49 rolls. In fact, the U.S. accounts for over 20 percent of global tissue consumption, despite making up just over 4 percent of the world's population.

While paper tissue products are not recyclable, they can be made from post-consumer recycled paper, or even from alternative materials such as wheat straw and bamboo. According to the report's authors, these more sustainable practices are being underused by the industry's largest producers.

Instead, companies like P&G rely on "virgin" fiber derived from cut trees, after a process involving high water and energy consumption is used to remove cellulose from the wood. Many of these trees come from the boreal forest in Canada, making the Great White North the world's largest producer of northern bleached softwood kraft pulp.

"The Issue with Tissue" argues that preserving the boreal is necessary to keeping Canada's commitment to the 2015 Paris Climate accords, as the NRDC found that clear-cutting in the forest releases an average of 26 million metric tons of carbon dioxide each year, which is equivalent to 12 percent of the emissions Canada pledged to reduce annually by 2030 as part of the Paris Agreement.
The report's authors also contend that industrial logging is harming the more than 600 Indigenous communities that call the boreal home, as well as boreal caribou, pine marten, and billions of songbirds native to the forest.

"Most Americans probably do not know that the toilet paper they flush away comes from ancient forests, but clear-cutting those forests is costing the planet a great deal," Anthony Swift, director of NRDC's Canada Project, said in a press release. "Maintaining the Canadian boreal forest is vital to avoiding the worst impacts of climate change."


Some toilet papers left with better marks than others

Charmin, one of many brands owned by the Cincinnati-based Procter & Gamble corporation, received a failing grade as well as a direct plea to reform, due to its status as America's best-selling toilet paper brand.

"We're calling on Procter & Gamble, as the maker of America's leading toilet paper brand, to stop flushing forests down the toilet," said Shelley Vinyard, a co-author of the report and boreal corporate campaign manager for NRDC. "Procter & Gamble has the innovation resources to bring Charmin into the 21st century; the question is whether the company will embrace its reputation as an innovator to create sustainable products using recycled material instead of clear-cut trees."

The sustainability scorecard did also highlight some brands that earned better marks, including Green Forest, Natural Value, Trader Joe's and Whole Foods' house brand, 365 Everyday Value, 100% Recycled. Those four were the only brands to earn in "A" rating in all three product categories: toilet paper, paper towels and facial tissue.

The report casts household paper products in a new light, adding them to the list of common everyday goods that have a largely problematic and unsustainable supply chain, such as coffee, chocolate and palm oil. While certain brands appear to be practicing responsible procurement, it remains to be seen whether the industry-leaders will change their sourcing methods.
Procurement News