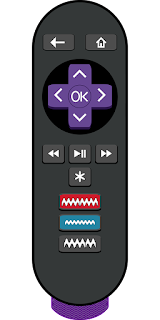 If you are one of the millions of subscribers to one of the big four wireless carriers, and even if you aren’t, you’ve likely noticed the ads and new promotions around the carriers teaming up with streaming services as part of the plans they offer. It started with AT&T and HBO and quickly expanded to include T-Mobile/Netflix and Sprint/Hulu (TBD what will happen with those deals if the T-Mobile/Sprint merger is approved; also, Verizon is notably missing from this list, but has alluded to launching their own streaming service). For many years, we’ve seen cable, internet, and home phone bundles in the market, but as consumption and utilization of voice and cable services shifts (i.e. the move from “land lines” to mobile only, the move from traditional cable packages to on-demand streaming services) the bundles the carriers, content providers, and ISPs offer are beginning to shift and converge in turn.

Wireless + Streaming
While AT&T and Verizon have been making content plays in the past couple years (the AT&T acquisition of DirectTV and the pending-approval deal with Time Warner; the Verizon acquisitions of Yahoo and AOL), I think it’s clear that the recognized streaming services (i.e. Netflix, Hulu, Amazon) are well ahead in terms of original content and established user base. By pairing their wireless plans with these streaming services, the carriers are preparing for the ever-increasing population that is looking to “cut the cord” and leverage an array of streaming services to fulfill their customers on-demand, binge-watching needs. The ties between streaming services and wireless/mobility services naturally tighten as consumers increase the use of mobile devices/tablets to watch their favorite shows and live TV – the increase in data usage for these and other services sent the carriers back into the world of “unlimited” data plans after almost all had moved away from them. By bundling their wireless plans with streaming subscriptions, the carriers are looking to differentiate themselves beyond the traditional talking points of coverage and price.

ISP + Streaming + Wireless
With the DirecTV acquisition back in 2015, AT&T was really positioned to lead the bundling efforts around internet, content (DirecTV Now), and wireless plans. We’re also seeing at least one ISP move into the mobile space with Comcast’s Xfinity Mobile launch (Charter has announced they’ll also be entering the wireless market soon). Xfinity Mobile is acting as a mobile virtual network operator (MVNO) based on a combination of Verizon’s network and its own hotspots. To leverage the service, users must have their internet service with Comcast, which is logically going to confine Xfinity’s reach to their internet footprint and will clearly have some downfalls for certain groups of consumers, e.g. if a renter moves to a new location and Comcast is no longer the ISP, having your mobile service with Xfinity is no longer an option. It will be interesting to see how this continues to evolve – given that the US was essentially carved up among broadband providers with very few cases of overlap, there’s a natural conflict between requiring users to have internet services and trying to make a long term/wide breadth play in wireless, e.g. they could gain/lose subscribers based solely on people moving neighborhoods.  For now, it seems like an opportunistic plan to replace the “home phone” piece of their traditional bundles with a mobile option, but we’ll see how they adjust the requirements for this service over time.

Streaming + Streaming
Spotify and Hulu recently expanded the student deal/bundle that they rolled out in 2017 to all Spotify premium users (albeit at a higher price if you’re not a student). The bundle offers the two services for a combined lower monthly rate as compared to purchasing each separately. This seems to be a move to push those over the line that may be considering moving to the premium plan or adding Hulu to their streaming repertoire (or that need a final incentive to move away from cable). This seems to be Spotify’s way of embedding themselves and offering a comparable bundle to compete with Apple Music and the soon-to-be Apple TV streaming service and Amazon’s TV and music streaming options.

It’s clear that streaming services are not going away and are the new normal for many consumers in today's market. Perhaps less tech-focused organzations will look to these bundling models to lure consumers from their competition, e.g. maybe your Costco or gym membership with come with a streaming perk in the future? All of this leads to more ways for us to consume content, but don’t go dreaming streaming your life away!