The Strategic Sourceror on Tuesday, May 15, 2018 Procurement News, 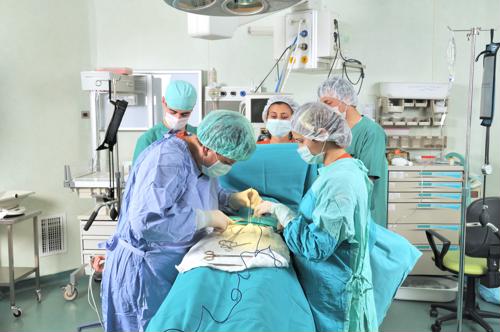 Sourcing correct materials for implanted medical devices is an absolutely essential process, and when something goes wrong, the results can be devastating for patients. Complex reactions between surgical devices and the human body demand deep study and absolute attention to the discoveries that have gone before. Recent reports indicate that Boston Scientific made mistakes in its acquisition of material for gynecological implants, ending up with counterfeit polymers. The resulting side effects experienced by patients have led to lawsuits against the manufacturer.

A medical supply chain descends into the murk
As 60 Minutes explained, Boston Scientific set out to make gynecological mesh implants with a material called Marlex, a kind of polypropylene made by a Chevron Phillips subsidiary based in Texas. Due to concerns about the effect of oxygen on the material, Chevron Phillips told Boston Scientific it wouldn't sell any more of the substance. This was in 2005. What followed was a scramble to find more of the plastic. Boston Scientific tried 20 or more potential suppliers, and its stockpile would run out.

The next step involved a Chinese broker claiming to have a stockpile of the chemical. One of the communications revealed by 60 Minutes indicated that leaders at Boston Scientific intentionally told negotiators not to ask whether the polypropylene for sale was medically implantable, as it might cause the deal to fall through.

The Food and Drug Administration released a report critical of gynecological mesh implants around this time. That just increased Boston Scientific's desperation to keep using the same material, according to 60 Minutes, as changing might have required them to subject the implants to FDA tests - and maybe fail them. It pushed ahead with the China deal, despite warning signs.
Tests performed on the Chinese plastic and authentic Marlex came back with very different results, but the company pushed ahead. Documentation was scant, and the comparison showed little similarity, but facing time pressure, Boston Scientific still made the purchase - the company acquired 30 years' worth of polypropylene.

Poor sourcing practices yield patient lawsuits
Problems with gynecological mesh can lead to severe, life-altering amounts of pain for patients. These issues have led to over 100,000 suits directed at manufacturers of the medical devices. As one of the major manufacturers of the mesh, Boston Scientific is the target of 48,000 such suits, according to 60 Minutes.

Despite the news program's reporting, Boston Scientific has denied wrongdoing. According to a statement the company gave to The Boston Globe, it called claims of smuggled or counterfeit material use "completely false." The FDA also released a statement to the newspaper to attempt to absolve itself of negligence, claiming it has tested the meshes and found no difference between the two material sources. The agency also said it had asked for data from 60 Minutes' tests but hadn't received it.

The reports show the ways theoretically monitored or regulated supply chains can end up filled with improperly procured materials. Facing pressure to save time or avoid scrutiny, companies may cut corners. In the world of medical implants, it's the patients who may suffer the consequences of these choices.
Procurement News