Blockchain in the supply chain: Proceeding with intention

The Strategic Sourceror on Friday, May 25, 2018 Procurement News, 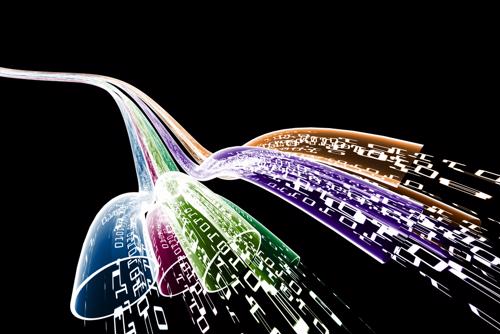 Is blockchain technology the next big thing in the supply chain? That question has haunted logistics professionals for the past few months as they search for optimal use cases. They are interested in the technology due to both its big-name hype factor and the potential match with long-held objectives: A theoretically tamper-proof distributed transaction ledger could become the go-to method of information transfer between entities around the globe as they ship and receive goods.

Every heavily promoted technology type goes through phases, and blockchain systems have entered their most critical test: Developers must find ways to make the exciting concepts work for practical purposes, seeing whether companies can see value in active usage rather than in simply theoretical terms. Furthermore, if blockchain technology does prove to be a perfect match for the supply chain, competition will emerge to become the definitive provider of production-quality solutions.

Have the right motives
According to The Load Star, experts in the tech sector want to ensure companies go about their potential blockchain transformations in a sensible way. This means leading with objectives and projected outcomes, rather than just trying new ideas simply to try them. Adopting a new system simply because it is the center of industry discussion may leave companies in the awkward position of complicating their processes rather than significantly improving them.

McLeod Software's Ken Craig stated there's a need to always think about business cases when working on new deployments of trendy technology such as blockchain-based systems. Echo Logistics' Scott Friesen suggested companies have to ensure they have the support tech in place to make a new blockchain deployment work. It's rare to find a product that will simply work, all by itself, without tools such as advanced geopositioning to feed in accurate location data.

The Load Star reported EY's Paul Brody envisions changes for the supply chain based on increasing use of blockchain systems. The first development will involve public ledgers, with widely used blockchain solutions scaling up in ways private versions can't. Next, tokenization may potentially make record-keeping a more precise process. From there, Brody's vision expands to involve mass tokenization of currency and mass systems integration.

Consider the government's role
Forbes contributor Aaron Stanley revealed the U.S. Chamber of Commerce's Global Supply Chain Summit involved plenty of blockchain discussion. The possible use of new ledger types to speed up complex global transactions has become a common and pressing sub-theme within such conversations. Accordingly, government agencies have begun to ponder their own place in the transformation. If items are to move more quickly across borders, customs authorities will need to become involved.

Customs and Border Control Commissioner Kevin McAleenan stated at the summit his agency is struggling to adjust to the e-commerce era. He wants to ensure items are not counterfeited and criminals aren't shipping products into or out of the country. At the same time, the speed of trade and transactions is higher than ever. Balancing safety and speed requires transparency through technology. If blockchain-derived systems can deliver that mixture, they may catch on with federal agencies as soon as the necessary infrastructure is ready.
Procurement News