Home Guest Posts Supplier Relationship Management: SRM Redux or, Why It's so Hard to Understand - (Part 1)

Supplier Relationship Management: SRM Redux or, Why It's so Hard to Understand - (Part 1) 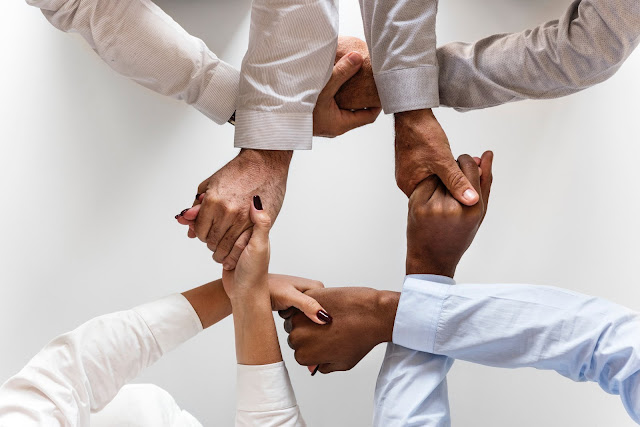 This blog - the first in a series of four - is brought to us by Jim Baehr.

Undoubtedly, there are companies out there doing great work when it comes to Supplier Relationship Management (SRM).  These are likely fast-growing, high-powered companies or that absolutely must ensure their supply of product and/or services is reliable just to survive in their competitive environment.  It’s difficult to understand why, for so many sourcing organizations, SRM is an add-on, an afterthought, or worse - something to neglect altogether.  Ad Hoc approaches to SRM don’t work. It can’t come down to a random collection of spreadsheets, scorecards, and surveys. SRM is too important.

There’s a saying in sports,“championships are won in the off season.” Reshaping this concept just a bit – sourcing strategies are realized after the contract.  It’s best, however, if relationship building starts before the contract or better, before the bid. The effectiveness of a strategy “after the contract” is dependent on relationship management.  The relationships on both sides, the Buyer and Supplier, must be developed and managed by Procurement to realize all the value that was crafted into a sourcing strategy.
Regardless of how many steps are built into a sourcing process, too much weight goes into the steps that lead to the contract.  Once the contract is signed, victory is declared and it’s on to the next sourcing initiative.  How else can we explain that the best sourcing groups regularly realize contractual savings of around 70%. This figure doesn’t even take into account any value-adds that or other improvements. Middle-of-the-road performers aren't quite so likely. For these organizations, savings typically hover around 50%.

Many Procurement professionals feel inclined to blame suppliers for such shortcomings.  It’s possible (and highly unlikely) that suppliers are guilty.  To be sure, some suppliers can be indifferent. Nonetheless, all suppliers are ultimately measured by how much they sell.  A lot is at stake for the salesperson after the agreement.  If their projections come up short, they’re held accountable. For the Supplier, sales is all about relationship management – optimizing interactions with both potential and existing customers.   As a process, Customer Relationship Management (CRM) was in place way before the introduction of technologies like Salesforce.

Some Procurement professionals have a difficult time accepting the need for relationships.  Why?  Because Procurement has an abundance of people who are good at analytics, contracting, and negotiating. There department often experiences a shortage, however, of people with relationship skills – communications, awareness, listening etc. Surveys of Chief Procurement Officers (CPOs) confirm that this shortage exists and affects Procurement's performance.  One of the top priorities of most CPOs has been, and continues to be, improving collaboration and increasing influence with stakeholders.

Relationship skills are needed to interact internally with customers as well as externally with suppliers.  Every time Procurement interacts with an internal customer, or a supplier, it shapes the quality of that relationship. To an extent it’s about understanding and managing emotional connections.  These connections suffer when Procurement focuses exclusively on the rational side of interactions and disregards their more emotional element.

Successfully negotiating a deal doesn't always translate to successfully managing a relationship.  Procurement should be constructing relationships during negotiations, but the conduct tends to be just the opposite.  Many negotiators spend too much time demanding lower prices, demeaning the seller, or introducing conflict.  The behaviors of a negotiator at the bargaining table set the tone for the relationship that comes after the negotiations. Like it or not, striving for lower prices throughout contract negotiations may produce a short-term win, but the associated conflict can eventually prove counterproductive.  Delivering value over the life of an agreement means thoughtfulness at every turn.

Failure to reduce prices or produce additional value has led some to declare that strategic sourcing is dead. Strategic sourcing is not, in fact, dead. It's not even mortally injured. It has merely been misaligned with an emphasis on the chase, not the capture.  In too many cases, 90% of Procurement's energy goes into defining requirements, bidding, and negotiating - all before the contract.  Ideally, the split would be 50/50 with equal effort devoted to implementing the strategy.  What's missing? Too few Procurement professionals recognize the importance of SRM.

Studies show that nearly half of all Buyer/Supplier joint projects end in disappointment. These figures even take into account those projects that are supported by dedicated SRM programs. This eye-opening figure may stem from the fact that Supplier Performance Management (SPM) is often mistaken for relationship management.  SPM, as a set of tools is sometimes robust - based on systems, and sometimes primitive - based on spreadsheets.  However, the tools aren’t the process.  To quote Ghostbusters – “you have the tools, but do you have the talent?”

For SRM to be understood it’s crucial to recognize that the discipline is comprised of the classic three elements - people, process and technology also known as the “golden triangle”.  Together they make for an effective program.  Take one of the elements away and SRM will work, but it will not produce results as effectively. Gaining a better understanding of what goes into people, process and technology for SRM is a must.  It’s the difference between reacting to solve problems or actively pursuing meaningful outcomes.