The procurement side of the Amazon/Whole Foods deal 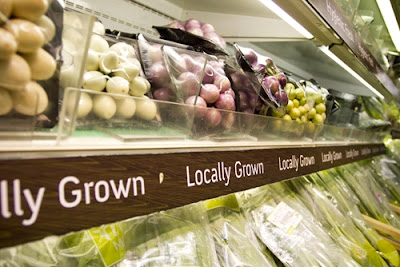 Amazon made major headlines this June with the high-profile purchase of grocery chain Whole Foods. The deal itself doesn't seem to be too surprising, since Amazon and its CEO, Jeff Bezos, have been in the habit of major acquisitions.
An unusual partnership
This new Whole Foods transaction, however, is slightly different, since it places a retail grocery business under Amazon's umbrella. There has already been much speculation and attention given to Amazon's grandiose ideas about logistics, including using drones and other innovations. As such, it's a deal with possible procurement implications for how tech-savvy giants can reign in the retail space, or at least how Amazon itself will proceed.

"This merger brings the chance for Amazon to take on multiple tracks of customers at once."

As Forbes pointed out, this merger brings the chance for Amazon to take on multiple segments of customers at once and be a leader in the retail space. This is because it will be both an experienced online company with a dedicated system of distribution centers and the owner of a very popular standard-style grocery chain.
According to this summary, the two halves can cross-pollinate themselves to some extent, with the online capability strengthening the retail element and vice versa. The source hinted that Amazon could particularly solve labor and logistics concerns. Amazon does have existing food delivery service experience with some of its grocery options, though the article notes that this is a different customer experience than the retail environment of an institution like Whole Foods.
Closing the gap
Other sources seem to also see the new demographic of grocery store shoppers as a possible challenge for Amazon. A San Francisco Chronicle piece said that the crucial element is the expected quick response of many online retailers, as well as the need for in-person consumers to see grocery items before they buy. Even with the added resource of Whole Foods, Amazon may have to focus on this aspect of its enterprise to stay relevant.
The Chronicle spoke to PricewaterhouseCoopers Real Estate Practice leader Byron Carlock about the importance of location to a business like Amazon as it expands. The article also made the connection between the acquisition and Amazon's own interest in opening up in physical stores, perhaps through brand-specific shops. Amazon will also reportedly acquire Whole Foods' various assets, including 11 distribution centers and 460 stores, an undeniable factor in what the online giant stands to gain.
"For the two- and three-day delivery standards, you can have warehouses out in the middle of cornfields in Kansas, but for same-day delivery you need premium fulfillment facilities closer in to the city," Carlock said. "Major online retailers are seeking space closer to large cities."
The Wall Street Journal puts the number of Whole Foods stores coming to Amazon at 430, and points out that the size and worth of the chain makes it a marked difference to the other acquisitions Amazon has made in recent years.
Purchasing management and other related tasks may be understandable challenges for companies that want to modernize, so other businesses may want to keep pace as well with well-planned supplier relationships.
Procurement News