Home Procurement News Building faster supply chains: What the near future could hold

Building faster supply chains: What the near future could hold 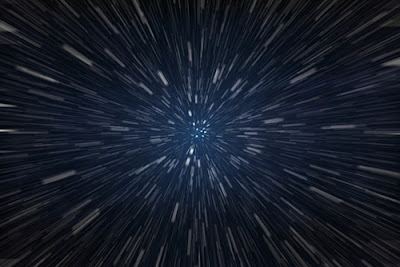 Within just a few years, businesses could see new options for reducing the time supply chain processes take. Advancing technologies and changing attitudes may all impact what procurement strategies companies choose. We can look at a few of the ways businesses might increase their response times for specific supply needs and take the fast pace of the modern world more seriously.
Normalizing automation
Automation and its possible benefits have been visible for some time now, but the real deciding factor in its adoption could be how widespread it becomes. According to the April 2017 ISG Automation Index, the next two years could end with 72 percent of enterprises using some kind of robotic process automation.
As its use increases in popularity, whatever benefits automation brings with it could also start setting the bar for other companies and drive expectations within different industries. Crucially, the statement also said that the focus has been on automating "tasks, not jobs", with an emphasis on enhancing the different work human beings do instead of replacing them outright.

"Whatever benefits automation brings with it could also start setting the bar for other companies."
That doesn't mean that there won't be some possible difficulties or major changes for companies that want to stay on the same page. For example, MarketWatch recently noted plans from Adidas to increase the significance of robotic manufacturing in its facilities, using these systems to account for 50 percent of sales as of three years from now. Speed was specifically mentioned as a factor here, since the company reportedly wants to create a solution that matches consumer demand.
Streamlining procurement
Another way to speed up processes may be to cut down unnecessary delays through proper planning and administration. Tanium CEO Orion Hindawi may have written his recent Federal News Radio commentary piece on government IT procurement specifically, but his message about reducing consulting hours and simplifying contracts might hold weight for general businesses as well.
In his article, Hindawi wrote about the need for flexibility and faster responses when certain technologies don't seem to work. His specific argument involves limited and less complicated contracts, so agencies don't end up using technology for significantly longer than needed, and face pressure to make a decision about it in a timely manner. He also references the private sector, saying the method of trying out technology first to evaluate it before subscribing is a common one.
Thinking more broadly, companies can take it upon themselves to try new models of management to cut out any extra time spent on negotiating and adapting to new technology, all to their ultimate benefit.
Supplier Relationship Management
When supply processes seem to take too much time, the obvious answer could be changing the way a business manages them. Part of what can make proper management efficient is the way it helps companies think strategically and methodically to account for any gaps in the current setup. Being able to set priorities where they are needed can help transform the standard procedures on other levels as well.
Management can provide value when businesses have the proper services and solutions in place. There could be more call for this approach with data and the insights from it gaining importance.
Procurement News