Nearshoring: Benefits at a Glance 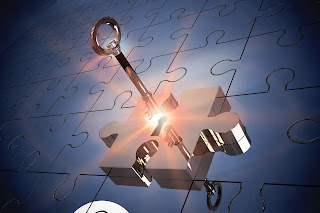 Global manufacturing has seen many changes recently in terms of the introduction of new technology, shifting industry demands and associated production levels, as well as the preferred production locations. The latter point is what I would like to focus on in this article from a US manufacturer’s prospective. There have been many conflicting schools of thought about where the truly “low cost” production regions reside. Traditionally, Asian countries (since the 1980’s) have dominated the conversation from a low cost manufacturing standpoint. However recently there has been a lot of buzz from companies operating and distributing products in the US regarding the idea of Nearshoring. Nearshoring, from the US’ prospective, is an alternative to outsourcing to low cost countries which are located extremely far away from the US  geographically speaking. Nearshoring entails moving production, assembly and other business functions and processes to our close neighbors in Mexico. This relatively new movement has solved quite a few challenges that come along with dealing with companies who operate in opposite time-zones as that of the US.


There are many financial reasons that have led to this shift of US companies moving operations from Asian and other low cost countries to Mexico:


·         With the maturation of the Chinese manufacturing industry specifically (along with other Asian countries) and the associated implementation of labor hour restrictions, training and safety requirements and other working condition regulations they have seen an accompanying demand for a higher wage for skilled labor. Since around the year 2000 and on the Chinese labor rate has steadily increased while on the contrary the Mexican labor rate remained relatively stagnant during the same time period. In 2013, for the first time, the average Mexican labor rate fell below that of China’s.


·         The Yuan/Peso exchange rate has created another financial advantage where the Peso has continued to gradually weaken against the Yuan over the past 5-6 years making it even more affordable to produce in Mexico.


·         The shipping costs from Mexico to the US are much lower as compared to cross-continent shipments. Shipping goods across oceans costs much more in fuel, labor, and other resources to get to the end destination whether by sea or air. The cost difference is further perpetuated by the establishment of NAFTA which eliminates tariffs and duties on shipments crossing the US/MX/CA borders.


·         Energy costs, and the associated overhead of production, are steadily increasing in China while, again, Mexico remains relatively flat. In fact, the cost per MMBTU has been increasing for the past 10-15 years in China.


There are many other advantages of moving production and operations to Mexico from far away countries that are not solely financially driven, as detailed below:


·         It is easier to communicate with Mexico considering our time zones are all within 3 hours of each other. In China, their day begins when our days in the US end and the opportunity for face to face or even phone call conversations are extremely rare.


·         Intellectual property is heavily protected by Mexican regulatory bodies and they enable authorities to actually enforce IP laws. When you look at China and other less developed countries, the protection of IP is a huge problem considering the lack of infrastructure, prevalence of corruption, and the general inability of Chinese authorities and agencies to enforce IP laws.


·         Mexico has strict child labor laws and enforces a 48 work week. Though China and other low cost countries are generally improving in this regard, Mexico still has superior working conditions and laws in place to protect the workers.


Overall, as companies evaluate the opportunity to move operations and production facilities to different countries, there are many factors that need to be considered and weighed before making a decision. As globalization in Supply Chain/Procurement continues to grow, and countries’ production advantages continue to change, it is important to stay informed with current events and shifting cost factors. Just because something was true today doesn’t mean it will be true the next. With changing political climates, technology, and other economic factors it is hard to say where the next popular manufacturing destination will be for many US companies.
Best Practices, Nearshoring, Procurement Transformation