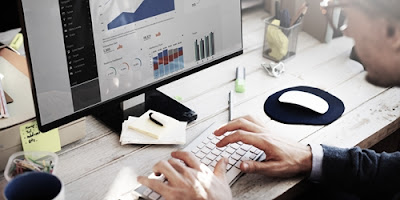 Evaluating suppliers is one way to determine how effective a current strategy is, and it can be a call to action for a company with work left to do. The results of the North American Automotive OEM - Supplier Working Relations Index may say different things about each of the manufacturers listed, but overall it affirms how necessary these rankings can be for beginning transformation.
With this new data, businesses in various industries can also see the fluctuating nature of employer supplier relationships. How companies continue to relate to other partners can be a way for outsiders to judge successful communication and commitment. A press release on this latest ranking said that these figures matter to manufacturers.
What the ranking shows
In its primary graph, the Index showed the developing rankings between 2008 and 2017 for six different manufacturers: FCA US, Ford, GM, Honda, Nissan and Toyota. The companies were ranked on an axis of points, with 400 indicating "very good" supplier relationships and 100 signifying "very poor" ones.

This year, the highest-ranking manufacturer was Toyota, which received 328 points. Although this was a decline for the company, it still continued a trend of being in the top position, one that's existed since 2011. In the entire scope of the ranking, the only manufacturers to hold the lead position have been Toyota and Honda, and the latter hasn't been the leader since 2010.
However, even the performance of those lower in the rankings may still be important for determining the future. General Motors, for instance, seems proud of its progress, having jumped 40 points in the span of a year. This puts it in the middle of the total evaluation, ahead of FCA, Ford and Nissan, the last of which showed the most significant drop, from 225 to 203.
General Motors celebrates
GM appears to enjoy its new success and higher position up on the scale. The company's senior vice president of global purchasing and supply chain, Steve Kiefer, saluted the role that suppliers play in GM's work, as The Detroit News reported.
"Our suppliers are so important to the success of General Motors," Kiefer said. "We need them to be aligned with our priorities, we need their support, we need their performance to be good if ours is going to be good. By all accounts, it seems to be going in the right direction."
In the statement, the president of the company that conducted the study, Planning Perspectives, Inc., also acknowledged the significance of GM's new ranking, calling it "remarkable."
The future of ratings
With this evaluation clearly meaning a lot to its subjects, companies may be able to anticipate a new era in smart ratings, as Spend Matters hinted at. The site said that a final rating can draw from several sources to inform a buyer about possible risks.
In advance of this, strategic sourcing methods can be the way businesses plan successfully for better supplier relationships, lasting habits and a successful bottom line.
Procurement News