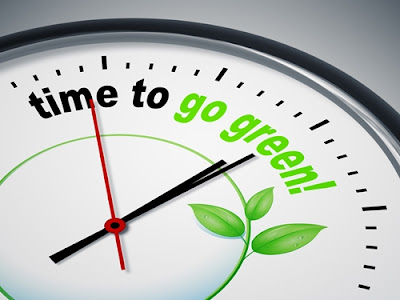 While there are many ways to measure supply chain leadership, it's often useful to see the companies that are performing well on multiple fronts. In that respect, Gartner Inc.'s recent reveal of the companies with the highest-ranking supply chains can prove instructive. In a press statement, Gartner listed the entries on its Top 25 list for supply chains, based on numerous criteria.
The ranking results
Although it didn't earn the top number in every category, Unilever had the highest composite score overall, leading the list with the majority of Gartner and peer opinion votes. After this company, other members in the top 10 of the ranking include McDonald's, Cisco Systems and Nike. The release also gave special attention to Amazon, which wasn't in the ranking proper but did make a list of Masters.

"Unilever had the highest composite score overall."
The statement also looked at some of the major trends among the leading supply chains in the pack, which included moves toward digitization and an emphasis on the environment.
This echoes a different announcement from Gartner, made days before, in which it praised "Supply Chainnovators" for developing novel ways to respond to supply problems. Examples of these included a special GlaxoSmithKline partnership and an ink subscription service from HP.
Green priorities
Looking more closely at some of Gartner's choices reveals the specific efforts these companies made to distinguish their general business practices and supply chains. On May 11, Unilever announced that it would make all of its plastic packaging more sustainable by 2025, rendering it either "recyclable, reusable or compostable."
The business' Chief R&D Officer, David Blanchard, declared the company's mission in a statement, specifically in regards to the needless pollution from plastic sachets associated with its products.
"Billions of sachets are used once and just thrown away, all over the world, ending up in landfill or in our waterways and oceans," he said. "At the start of this year we made a commitment to help solve this problem, developing new recycling technologies."
He added that Unilever hopes to share its solutions with others in the industry. If a similar ethic can also apply to sustainable purchasing decisions, businesses may have a wider impact, making changes that the fellow members of their sector feel as well.
McDonald's part of bigger movement
The second-place company on Gartner's list, McDonald's, is also standing by green goals, according to its own recent announcement. Sustainability organization CDP said that the burger brand would be part of several working to end deforestation.
Key to the effort is the drive to harvest more supplier data, the source said, as the companies can then use this information to reduce emissions and shift the resources to a positive direction. This CDP statement said that as much as 15 percent of greenhouse gasses could stem from deforestation alone. Taking that into account, there's a chain of possible effects that could come from a commitment to greener practices.
As with other innovations, this is another case where spend analysis and related data can add to your planning for the next big supply management update.
Procurement News