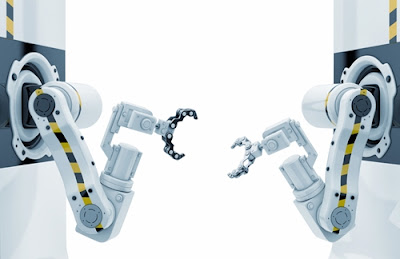 When it comes to risk, procurement management teams have to be wary of possible disruptions. But these can come from several places including changes that occur when technologies that once seemed uncommon are normalized.
A classic example of this right now is Artificial Intelligence, sometimes thought of as a danger to the supply industry because of its potential impact on jobs. Now there's speculation surrounding the real force of this technology as research into it continues. The World Economic Forum's most recent Global Risks Report included mentioned the lack of strong governance for Artificial Intelligence, considering how new it is to supplier systems.
AI and different categories of disruption
In fact, one of the organization's previous perception surveys, mentioned in the report, placed AI and robotics as the top technologies in need of better governance, with 46.3 percent of survey respondents affirming this idea. That put these areas ahead of other types of tech gaining steam, including 3D printing and virtual reality systems.
The report also found a widespread range of disruptions associated with AI, all of which could add to the need for some sort of plan to account for it in the near future. The same perception survey ranked AI as the No.1 technology for exacerbating risks in economic, geopolitical and technological fields. While there is some appeal to the consistency AI represents, there's also a sense of danger that comes with this developing sector.

"Speculation surrounding the real force of this technology as research into it continues."
What could AI do?
With this much interest directed toward AI, procurement companies can't help but take notice, and possibly prepare. In a Supply Chain Digest piece from last month, Institute for Supply Management CAP Research research associate Roberta Jennings described some of the areas where AI, or cognitive systems, could improve procurement. Despite possible benefits in managing contracts, supply and spend, though, Jennings discussed some of the drawbacks to implementing "smart" procurement in the near future.
"It can be extremely challenging to cleanse data, determine weights for various classifications of data and ensure that there is some standardization among measures," she said. "Firms may feel confident about data generated through their own ERP systems, but the situation gets murkier when also feeding external data into a cognitive system."
The idea appears to be that automation could make predictive and analytics-driven changes easier, taking in data from different sources to create automatic plans. A big question, though, is whether or not automation is ready for supplier adoption. A more meaningful strategy could be either a slow phase-in or the use of human staff alongside potentially disruptive tech.
The Fourth Revolution
Some might see AI as an argument for the Fourth Industrial Revolution, as Spend Matters noted. This trend, also called 4IR, refers to a digital transformation that stands to shift business as much as other major developments have in the past. What could matter the most during this time is the stability that comes with experienced purchasing management.
Without discounting them completely, businesses can prepare for the arrival of new technology by paying more attention to different suppliers.
Procurement News