Home Communications IT Samsung Galaxy Note 7: How Samsung is working to regain trust within the consumer market

Samsung Galaxy Note 7: How Samsung is working to regain trust within the consumer market

The tech industry can be a volatile market when it comes to customer loyalty. With technology continually evolving and new technology becoming available to the market every 6-12 months, there’s constantly a new device that is shifting customer attraction. With that, any product defects that plague a brand can sometimes lead to their ultimate demise. Samsung, one of the leading tech brands in the world, went through one of their biggest brand embarrassments in 2016 with the ‘exploding’ Samsung Galaxy Note 7. The news surrounding the defective batteries became very public and lead to a PR nightmare for the tech giant. Customer brand loyalty began to fall and it raised the question of how they could ever recover. With that question in mind, let’s dive into the details a little more.
First, some history: After 35 device owners reported that their phone had overheated, for some the device caught fire, Samsung made the decision to recall every Galaxy Note 7 that was sold worldwide (at the time it was reported that this equated to 1 million devices of the 2.5 million manufactured) and stopped all sales of the device. Before the final recall on October 13th, 2016, there were attempts at replacement batteries and units however they still had reports of devices of the phones catching fire which lead to the inevitable end of the Samsung Galaxy Note 7. 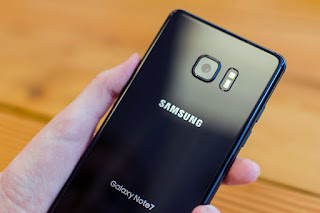 Now for some science: In January 2017 it was reported that the cause of the fire was that when the lithium ion batteries were continually over-charged, the lithium ions would start to cover the surface of the negative contact in a coating of lithium metal through a process call “plating”. In extreme conditions, that lithium metal can form tiny spikes (dendrites) that can poke right through the separator between the electrodes causing a short circuit.

In between the time that the recalls occurred and the report of what caused the battery malfunctions, Samsung remained fairly quiet in the news. It wasn’t really until the announcement of the Samsung Galaxy S8 that consumers heard anything about the future of their Galaxy devices. During their time of silence Samsung went back to the drawing board to not only finalize the design of the S8 but also to re-engineer their battery testing process.

How Samsung is improving their battery testing: With the release of the S8 all eyes are on how they plan to ensure the safety of their phones batteries in the next line of devices. To ease those consumers worries Samsung has revealed an 8-point battery check that improves upon previous testing measures and includes new tests to ensure the safety of the batteries. Below is a breakdown of the 8-point battery check and what each step entails. The first 5 points are previous processes that have been improved upon:
Samsung’s Future: While I don’t think consumers will ever forget the ‘exploding’ Samsung Galaxy Note 7, it is worth noting that Samsung has taken full responsibility for what happened and has put in extreme measures to prevent it from happening in the futures. As a consumer, I feel that Samsung has taken the correct steps in controlling the future of their Galaxy devices.  I also don’t think that I am alone here; since the spring of 2016 Samsung’s stock price has been steadily rising which indicates that investor and consumer confidence is returning. I don’t believe that they are completely out of the woods but if they continue to remain accountable and transparent, I expect the Samsung Galaxy S8 (and future devices) to continue to be top consumer devices.