Home Procurement News Sustainability update: What these 3 businesses are doing to improve procurement

Sustainability update: What these 3 businesses are doing to improve procurement 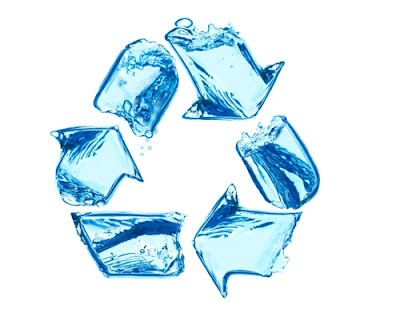 In some ways, this year shouldn't bring too much of a change for sustainability measures. After all, companies need to continue developing the habits encouraged over the past few years. However, the growth of new technology, as well as general concern over instability, can put roadblocks in the way of businesses that want to reform their supply chains more seriously.
Pursuing sustainable procurement can be a path to several different benefits, including cost savings and compliance. The forthcoming International Standards Organization guidance known as ISO 20400 could shift the focus to a different understanding of sustainability as well, as a Spend Matters contributor commented. This article also pointed out that the new standard could specifically refer to things each member of a procurement company needs to do individually.
This is just to say that changes can be on the horizon, challenging companies to work harder to meet new requirements. As always, you can look to major names for inspiration, and some well-known brands are doing more to make procurement and supply sustainable.
Ford
This month, Ford explained the impact of its Partnership for A Cleaner Environment program, also known as PACE, which looks to share the duty of sustainability across different suppliers in a single chain. Whether or not businesses copy this completely, the important thing is the emphasis on equal participation from all links.
The statement said that this program applies to different kinds of environmental tasks, such as reducing water, emissions and energy, as well as involving several entities that work together.
In just the next five years alone, the company hopes to save 550 million gallons of water and 500,000 metric tons of carbon emissions. As Ford tackles this incredible responsibility, it can also use everything it learns along the way to help all of the suppliers individually do a better job following best practices.

"The company hopes to save 550 million gallons of water and 500,000 metric tons of carbon emissions."
General Mills
For years, this cereal company has had environmental friendliness on its mind, according to GreenBiz.  Over the course of ten years, from 2005 to 2015, General Mills reportedly reduced manufacturing emissions by almost a quarter (23 percent). Now, it's focusing on a more ambitious cut, dropping 28 percent more of emissions by 2025, which is just part of its forecast.
General Mills CSO Jerry Lynch spoke to the source and explained the plans guiding the company's policies.
"In the case of climate change, clearly we wanted to take a long-term view of this, and so that's why we've got two milestone dates out there: 2025 and [achieving sustainable emission levels in line with scientific consensus by] 2050, which much of the world is measuring up against and aligns with other deadlines that governments and organizations are setting," Lynch said.
This layered approach to long?-term goals can be more effective as it sets up a broader spectrum to work from.
IBM
This is another example of a major company with efforts on multiple fronts. The Environmental Protection Agency recognized IBM's commitment to sustainability as part of the organization's Climate Leadership Awards.
Among other qualifiers, IBM stood out for using an Environmental Management System to assess multiple criteria at once. It shouldn't be surprising that the company used IT to try and accomplish this, with IBM more closely at data. Once again, this effort focused on both emissions and saving water, putting forth a concentrated plan.
Procurement News