4 factors influencing procurement transparency in the near future 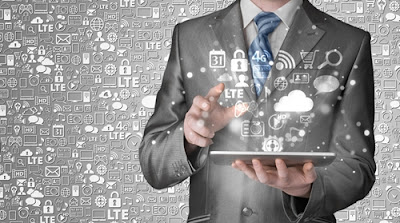 Why continue focusing on transparency in procurement? While doing so can take more effort from companies, it can also line up with several different priorities for enterprises around the globe. Because of changing standards and expectations, businesses may also have to try new low-cost country sourcing/nearshoring solutions to keep up with newer goals.
These are some arguments in favor of working toward transparency in the years to come, and what that could look like in the new world of globalized business.
1. Transparency alone may not be enough
First of all, we can question whether simply being "transparent" is enough. Making figures available and reducing complexity could spur positive change, but it might need to come with more specific efforts as well. A recent report from the NYU Stern Center for Business and Human Rights, "Putting the 'S' in ESG: Measuring Human Rights Performance for Investors," examined this point, among others.
One of the things authors Casey O'Connor and Sarah Labowitz wrote about was the difference between transparency and sustainable practices. According to this paper, 98 percent of transparency measurements were only looking at the efforts, and not the results.
The different frameworks businesses use can have their own special focuses, but whatever they decide on risks limiting the other policies. The solution, according to the authors, involves looking at the actual effects and rewarding healthy work environments.
2. The impact of blockchain
Just as it isn't enough to simply rely on transparency, no one solution may be the thing enterprises need. Still, no matter what the overall effect, it's already clear that blockchain technology, which involves making ledger data more available, is going to be a possible factor for new effective models.
Naturally, this may come with some roadblocks. A TechTarget piece recently explored the possible downsides of blockchain: It could be difficult to convert existing supply chains to this model, for one, and the process of laying the groundwork for implementation could take more time than businesses are aware of. This isn't to say that transparency through blockchain is unfeasible, though, so much as a challenge.
3. More pressure to disclose
It's impossible to know exactly how effective current labor rights campaigns to promote transparency will be. It does seem that there are still strong advocates for companies around the world to make the right choices and pressure their suppliers to do the same thing.
In a recent Human Rights Watch article, HRW Director for Germany Wenzel Michalski described the necessary impact for apparel manufacturers specifically, giving one well-known example.
"Adidas, a leading German brand, has been publicly disclosing its supplier list since 2007 - demonstrating that transparency is both possible and desirable," Michalski said. "Adidas, a leading German brand, has been publicly disclosing its supplier list since 2007 - demonstrating that transparency is both possible and desirable."
Addressing spend management and other functions can be a good means of adjusting the procurement segment of the full business chain without risk or losses. In light of all of these above factors, it's important to get the most out of resources with careful sourcing.
Procurement News