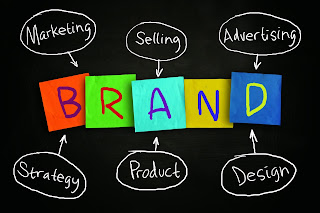 In recent weeks, YouTube and parent company, Google, have come under fire as high-profile companies have halted their advertising due to controversies with ad placements. Earlier this month major advertisers like AT&T and Verizon announced that they would no longer be placing ads on YouTube citing concerns that their ads were being placed with controversial content (e.g. hate speech, politically motivated, etc.). Along the same lines, advertising agencies have been reviewing their relationships with YouTube and Google following the news of the controversy. Havas Worldwide, one of the largest advertising agencies, announced that their UK office would halt all media buying from YouTube or Google until the issues can be resolved.

In an effort to amend the situation, YouTube released a statement outlining how they will be addressing the issue and reviewing their current policies. They have always had policies surrounding the type of content that is eligible for advertising with restrictions on what could lead to a channel being removed from this “advertising-friendly” list. As of last week, YouTube has strengthened these restrictions to capture a broader range of content and “demonetized” a number of channels based on these new parameters. YouTubers have already started to feel the effects of these policy changes, with many noting a loss in revenue over the last few days as their channels were impacted by these changes.

Similarly, YouTube has added more options to their “sensitive subject exclusions” filters that marketers can apply to their campaigns. The intention of this filter was for marketers to be able to ensure that their advertisements were not posted alongside content that was related to “sensitive social issues” and/or “tragedy and conflicts”. Following recent events, YouTube has expanded the filter selection to include a broader range of categories that marketers can exclude from their campaigns.

Many agencies are taking this a step further and leaning on big data to increase transparency into the content tied to their ad placements. GroupM announced that they will be partnering with OpenSlate, an analytics firm, to provide further insight into the content associated with campaigns their clients are running on YouTube. By leveraging the learnings from this data, GroupM will work with their clients to create better controls around brand safety to avoid potential issues as digital advertising platforms like YouTube continue to evolve.

It is with these changes that YouTube and Google are hoping advertisers will increase their confidence levels that content is being monitored effectively and potential risks are being mitigated. Only time will tell if these changes will be enough for YouTube to regain the trust of advertisers.
Marketing, Trending