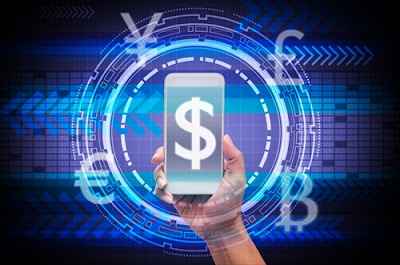 Blockchain technology is attracting interest in a colossal way. As an internet-driven model for business, it represents a major leap for consolidation, simplification and streamlining. There's also a variety of different applications for it, with supply chains in several industries gaining from superior organization and connectivity. Just like with many other technologies in this sector, blockchain is shifting, too, giving businesses an increasing incentive to keep up.
In that spirit, here are three areas to watch as blockchains dominate the procurement management conversation.
1. Security becomes an even higher priority
It's hard to think of a bigger issue connected to new IT than cyber security. There's certainly already much thought about the necessity for private blockchains and the implications of a setup where several points connect to validate transactions remotely.
The Harvard Business Review recently pointed out several areas of security concern with blockchains, including communication issues between different "nodes" in the network and what happens when someone fakes verification credentials to make an unauthorized transactions.
The general focus on security may help drive the conversation, but blockchain adoption will bring its own issues unique to the decentralized structure that businesses will have to adapt to. Fortunately, this is almost certainly going to stay relevant, at least in the short-term.

"Blockchain adoption will bring its own issues unique to a decentralized structure."
2. Automation helps reinforce the system
Right now, the main advantages of blockchains still hinge on the way they connect users, but there's a chance to add features that will make the processes run smoother. Knowledge@Wharton recently mentioned the possibility of tightening regulation by expanding the internet to contracts and regulations, making it easier to detect issues as they occur and enforce penalties. Spend Matters cited this as one of its predictions for the current year, and both sources said this could be "revolutionary" for management.
There could be other ways that automation enters the game, though. Important functions might embrace automated software, too, giving blockchain a chance to draw from these same improvements.
For example, online tax submission systems and necessary governance policies stand to encourage more businesses to adopt blockchain in the first place under the mantle of connecting stakeholders. Supplier relationship tools can also appear as a supplement to this, with different companies paying close attention to each supplier before the form of technology changes.
3. Financial businesses could make tremendous gains... if they prepare
The Financial Industry Regulatory Authority released a report on blockchains (or "distributed ledger technology") in January. Among other things, the document examined possible applications for securities companies: Some possible uses included settling syndicated loans quickly, promoting transparency and making it easier for companies to work through a single interface when they have multiple customer identities to process.
There's also the inextricable link between blockchain and Bitcoin, the cryptocurrency that pioneered this model. A different Harvard Business Review piece said that Bitcoin was originally intended as an alternative to traditional financing but has now become more mainstream. This could be a new way to understand the role of the blockchain as companies turn to it.
Procurement News