What you need to know about the new delivery robots 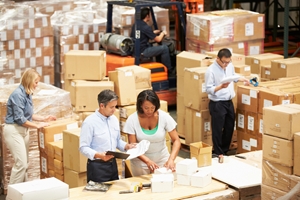 Drones have gained lots of attention as a possible delivery system, but new innovations appear all the time. The Associated Press recently reported on a model of robot from Starship Technologies which could add to the amount of automated vehicles on the road. A big concern is not just implementing these into standard use but delivering to customers, specifically.

What's notable about the company's latest line of robots is the contrast between their small size and possible versatility. The robots resemble miniature vans and can carry up to 22 pounds of goods, the source said, making them ideal for package delivery or carrying groceries to a spot within a few miles away.

This new innovation makes it easier to coordinate multiple kinds of deliveries, which could break down the work companies need to do into more manageable sections.
There's also the possible legal precedent the Starship development could lead to. According to the AP, the state of Virginia might introduce measures to support these robots and allow their use. A pilot program would bring them to streets within the state.

Although this would make Virginia the first state to officially adopt this sort of policy, other efforts have already appeared in California and the nation's capital, the source added.

Other accomplishments from Starship

As January comes to a close, Starship seems to have drawn attention from at least one major company: Mercedes-Benz. A timeline on the Starship website said that the company declared this official partnership in September and announced more than $17 million in funding as of January.
The September collaboration specifically involved the Robovan, an enhanced van also meant to coordinate deliveries for average citizens. Starship CEO Ahti Heinla described how sidewalk robots and vans are meant to work together for a full delivery improvement.
"Starship Technologies has solved the last mile problem by introducing sidewalk delivery robots," Heinla said. "However vans are best suited to bring goods to the local area from businesses and distribution centers. When the two transportation methods converge into one, the outcome is the most efficient, cost-effective and convenient local delivery method in the world."

The idea of innovations that benefit both consumers and businesses extends to other products as well. DC Velocity recently pointed out the similarity between two different robots, DHL's EffiBOT and Five Elements Robotics' Dash.
While the former is for warehouses and the latter for shopping, both use similar structures to carry baskets. In both cases, automation adds to the robot's functionality, and Dash even incorporates checkout software, perhaps restructuring retail store flow in the process.

In a warehouse setting, carrier robots could help human "pickers" in a similar way, as a DHL press release from June cited by DC Velocity stated. The source also noted the need for "collaborative" robots specifically, suggesting a wider role for automation and new technology in different levels of distribution.

These systems may make it easier for companies to progress, but other tactics can help supply chains expand in multiple markets at once. Supplier relationship management support brings strategy to the important task of working with third parties.
Procurement News